Thailand has claimed a home victory at the inaugural Women’s Snooker World Cup following a dominant performance by Waratthanun Sukritthanes and Baipat Siripaporn at the Hi-End Snooker Club in Bangkok.

The pair, who made up Thailand’s A team in the competition began the day with a 4-0 success against compatriots Nutcharut Wongharuthai and Ploychompoo Laokiatphong, representing Thailand B to book their places in the final. 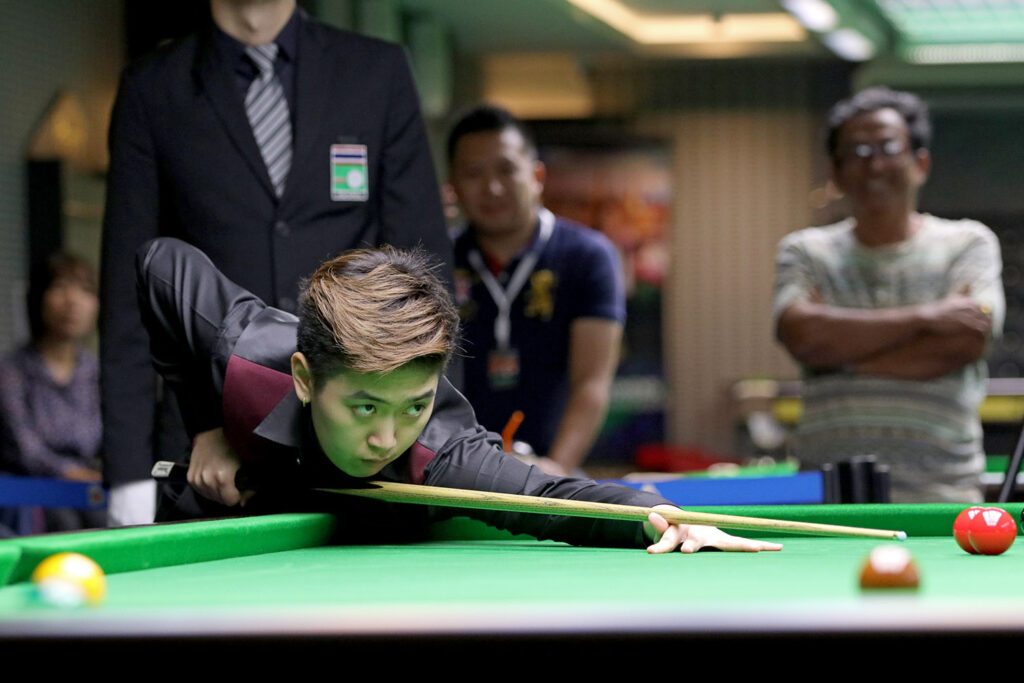 There they would face Hong Kong A, represented by reigning world champion Ng On Yee and Ho Yee Ki, who overcame English duo Reanne Evans and Rebecca Kenna 4-2 in their semi-final earlier in the day.

What had appeared to be a close final in prospect however would prove to be a one-sided affair, breaks of 70, 48 and 50 by Thailand propelling the team into a 3-0 lead, before Siripaporn clinched the fourth and ultimately final frame on the black to confirm victory. 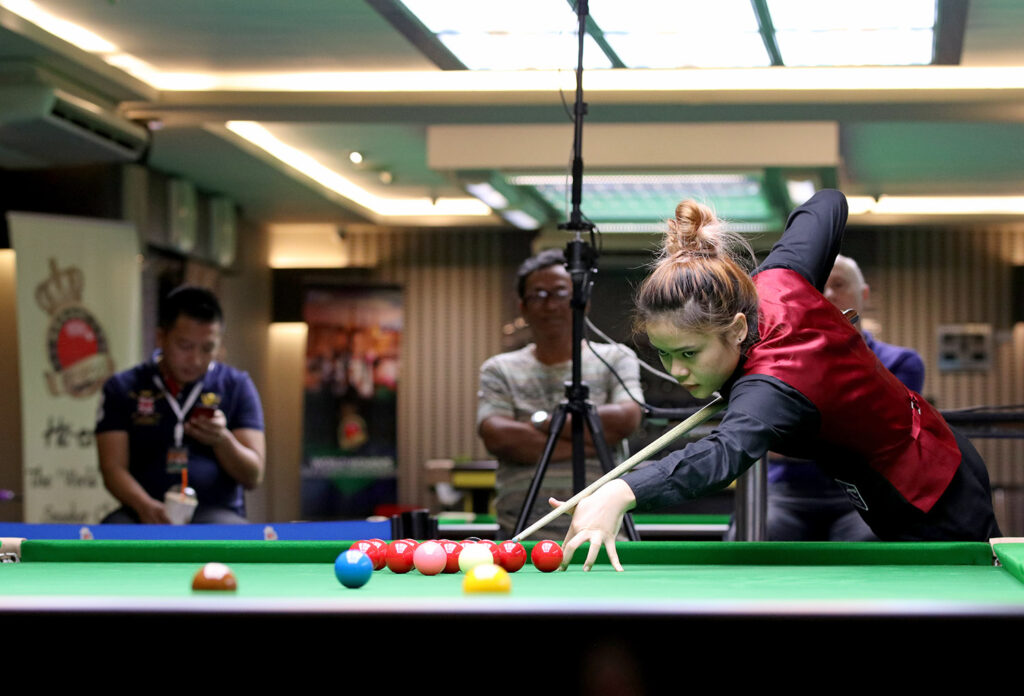 The victory is the first success for either player in a major World Women’s Snooker ranking event and the first for Thailand as a nation in WWS competition.

There was a consolation prize for Hong Kong as the B-team of Jaique Ip Wan Ip and So Man Yan defeated Thai duo Panchaya Channoi and Thitaporn Nakkaew 2-0 to win the Challenge Cup side-event for teams who did not qualify for the knockout stages of the main event.

The action continues tomorrow in Thailand with the start of the 2019 World Women’s Snooker Championship, with 53 players set to battle it out for the most prestigious title in women’s snooker. View the draw for the event HERE.

Thailand A 4-0 Thailand B

Thailand B 4-1 Australia B

England A 4-1 Rest of the World

This year’s editions of the World Women’s Snooker Championship and the Women’s Snooker World Cup were officially launched this evening at a special welcome ceremony at the Hi-End Snooker Club in Bangkok, Thailand.

Hosted by our friends at Hi-End Snooker and the Billiard Sports Association of Thailand (BSAT), the ceremony was well-attended by players and officials, as well as the board of BSAT, Thai professionals James Wattana and Noppon Saengkham. 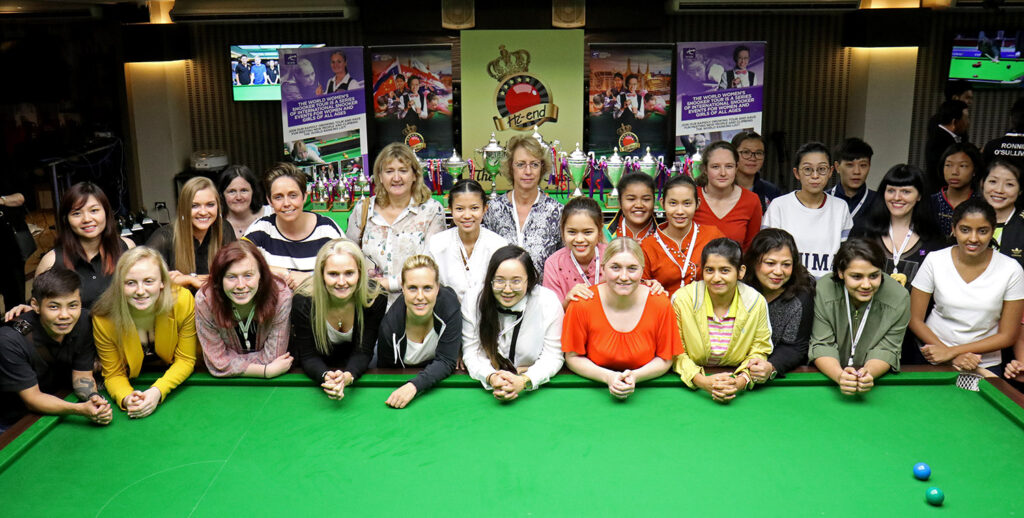 With the striking trophies for the week on display alongside the perpetual World Women’s Snooker Championship trophy returned by 2018 champion Ng On Yee, the evening saw speeches from dignitaries including BSAT President Suntorn Jarumon and WWS President Mandy Fisher.

All players were presented with welcome gifts by our hosts, including tournament programme, clothing and more.

The draws for both events have now been made and are available to view via snookerscores.net.

View more photos from the welcome ceremony at our Facebook page.

World Women’s Snooker is set to witness its biggest week for a generation with the staging of two prestigious international competitions in Bangkok, Thailand.

To be held at the spectacular Hi-End Snooker Club with the support of the Billiard Sports Association of Thailand and the World Snooker Federation, the event will be headlined by this year’s World Women’s Snooker Championship from 20-23 June 2019.

Won last year for a third time by Hong Kong’s Ng On Yee, the tournament will see 54 players from 15 different countries – more than double the number who played last year – contest the biggest title of this season’s World Women’s Snooker Tour. 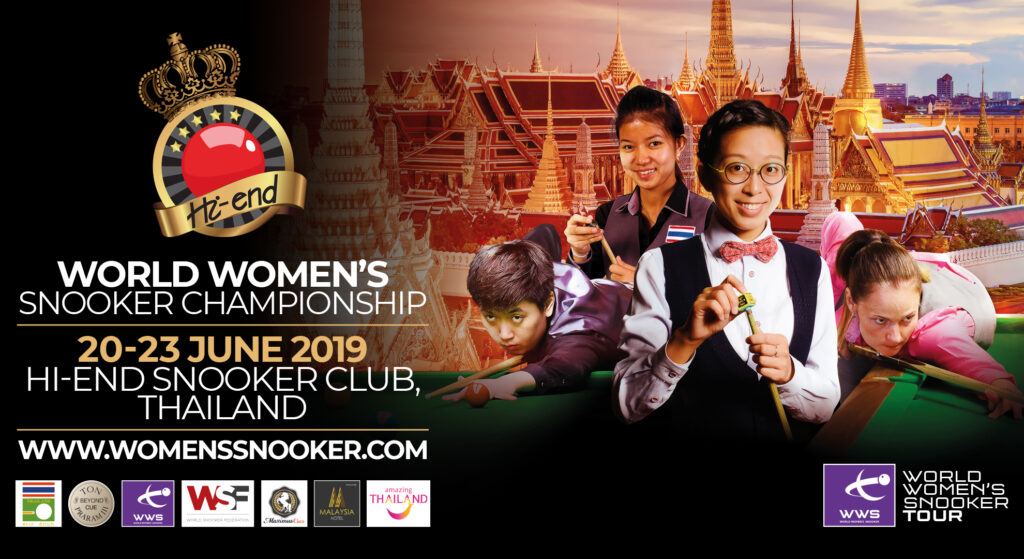 Among those taking part will be the world’s top four ranked players including defending champion On Yee and 11-time queen Reanne Evans, as well as 12-time European Championship winner Wendy Jans and several other established faces.

They will be joined by several newcomers to the circuit including players from Iran, Japan, Russia, Malaysia, Singapore and India making this one of the most international editions of the championship ever.

The week will also see the staging of the inaugural Women’s Snooker World Cup from 17-19 June, a new team event featuring 17 teams representing countries from across the globe. 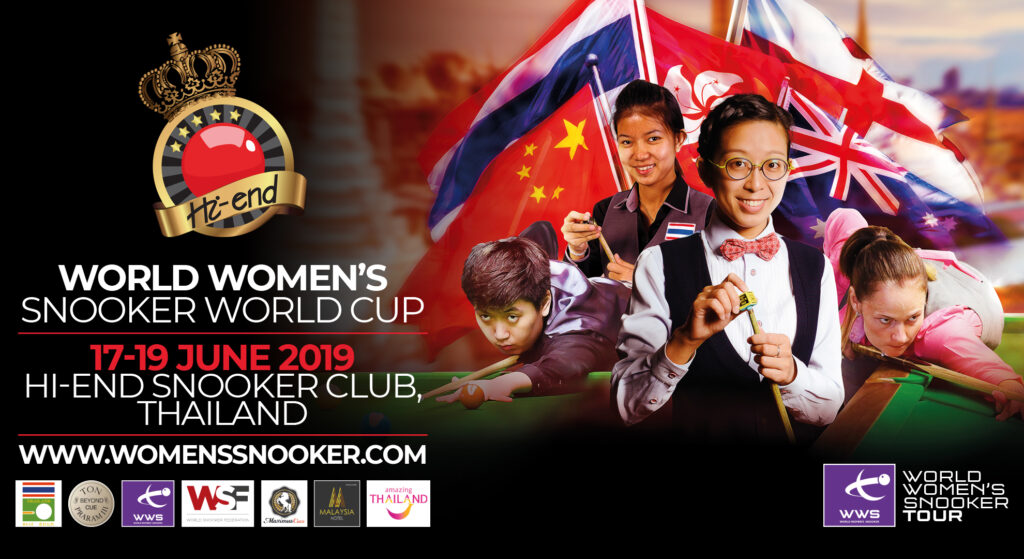 Adopting a similar format to that used at the professional World Cup to be staged by World Snooker later this month in Thailand, matches will see two-player teams contest a combination of singles and doubles frames, initially through round robin groups before knockout stages starting at the quarter-finals.

Each country was permitted to enter up to two teams, with Thailand being granted an extra two as the host country. There is also a wildcard ‘Rest of the World’ team featuring Laura Evans and Wendy Jans as the highest ranked players unable to otherwise compete in the tournament due to being the only players nominated by their countries.

Among those who will be fancied to go all the way will be the England A team featuring top ranked Reanne Evans and world number 3 Rebecca Kenna, as well as those teams featuring the likes of Ng On Yee and home favourite Nutcharut Wongharuthai.

All tournament information, including player lists, draws and results will be available via https://snookerscores.net/organisation/world-womens-snooker throughout the week.

This year’s Women’s Snooker World Cup and World Women’s Snooker Championship will run from 17-23 June 2019 at the Hi-End Snooker Club in Bangkok, Thailand and we are looking forward to welcoming all players to the event.

The latest information about both tournaments will be accessible through snookerscores.net. Links will be added below once the information is available.

Please not that Wendy Jans will be a seeded player as 2018 European Championship winner.

A wildcard ‘Rest of the World’ place has been awarded to the two highest ranked players (Laura Evans and Wendy Jans) who wished to compete in the World Cup, but were otherwise unable to do so due to being the only player competing from their country.