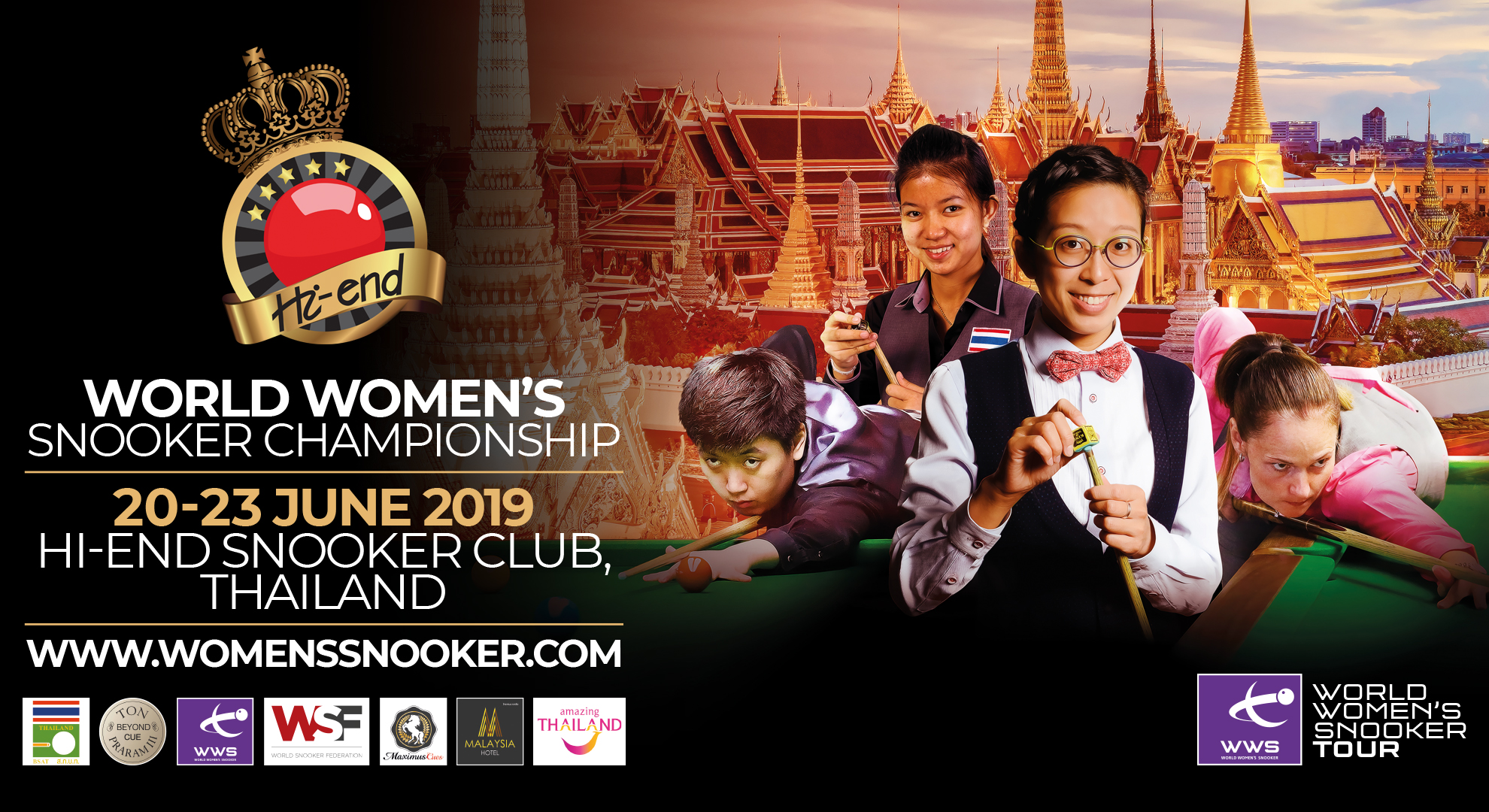 World Women’s Snooker (WWS) and the World Snooker Federation (WSF) are today delighted to announce that two prestigious women’s snooker tournaments will be contested across seven days at the Hi-End Snooker Club in Bangkok, Thailand this June.

The 38th staging of the iconic World Women’s Snooker Championship, won last year for a third time by Hong Kong’s Ng On Yee, will take place from 20-23 June 2019. This will be preceded by the inaugural edition of a new international team competition for women players from across the globe from 17-19 June.

The blue riband event will be held with the full support of the Billiard Sports Association of Thailand and the Hi-End Snooker Club, a world-class facility which boasts 15 snooker tables and is the home of women’s players including 19-year-old Nutcharut Wongharuthai who has reached two WWS finals over the past 12 months.

This year’s World Women’s Championship shall carry a minimum prize fund of £15,000 and the team event a minimum total of £7,000, making this the biggest week of women’s snooker for over a decade.