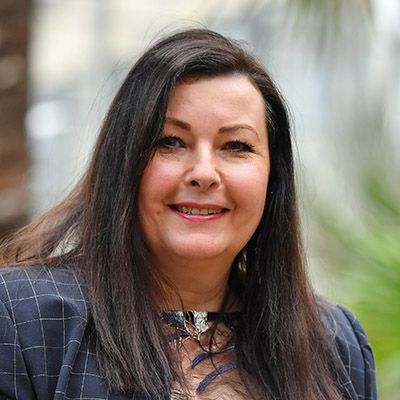 Mandy Fisher was a founding member of World Women’s Snooker in 1981 and nearly 40 years on continues to serve as President today.

She first began playing snooker at the age of 16 and following her first run to the final of the World Women’s Championship in 1981, three years later she defeated Canadian Maryann McConnell 4-2 to lift the first ever professional women’s title in 1984.

A regular on the exhibition circuit with the likes of Steve Davis, Alex Higgins and Jimmy White during the 1980s, Mandy combined her playing career with heading up the administrative side of the sport throughout the 1980s and 1990s.

As WWS President, she continues to play a key role in the organisation of the sport and also acts as tournament director at many WWS events.

Away from the table, Mandy is a qualified foot health professional to MCFHP & MAFHP standards.