The pair met in what was a repeat of last year’s final at the Stadthalle, having both survived close semi-finals on Saturday evening.

11-time world champion Evans was bidding to claim her her first WLBS ranking title since January and made the stronger start, a break of 59 giving her the opening frame before she won a scrappy second frame to double her advantage.

On Yee however, has earned a reputation on the women’s circuit in recent years for her comebacks in matches and hit back by taking the third to halve the deficit. The defending champion looked all set to level the scoreline at 2-2, only for Evans to force a snooker on the pink and eventually snatch a frame that she never looked like winning with a piece of good fortune on the black ball.

Evans went on to dominate the final frame to complete a 4-1 victory and win her latest WLBS title. 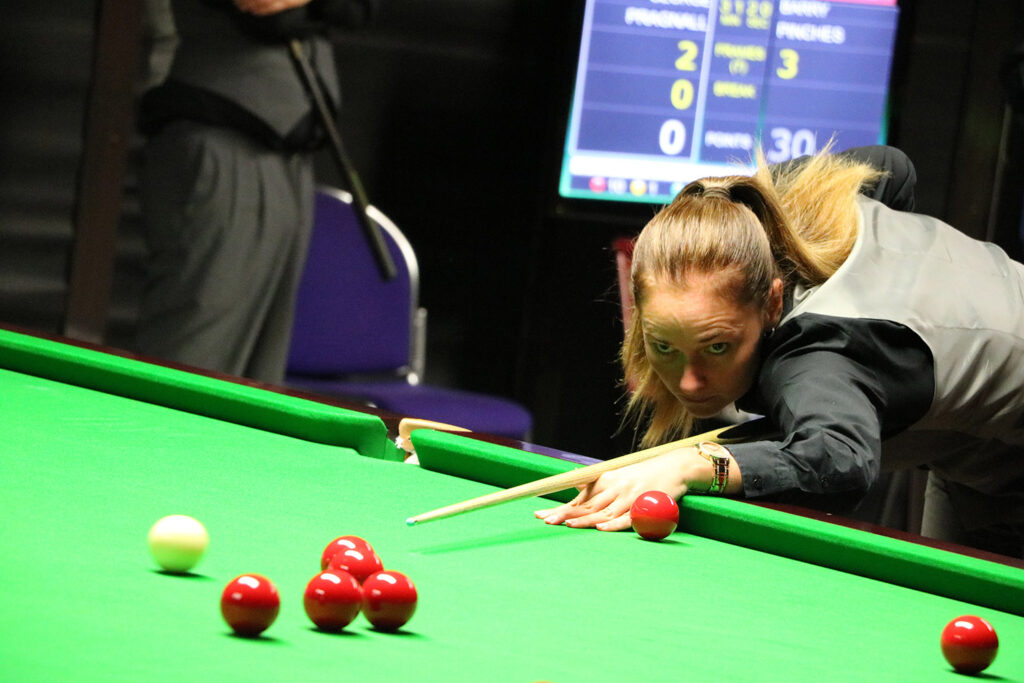 “I am happy to win in Germany,” said Dudley’s Evans. “I have always liked going there as the crowds are fantastic. This year it was great to experience the atmosphere at the Stadthalle with having both the the semi-finals and final there, which is good to help promote women’s snooker.

“I felt that I was struggling with my game so to come out as the winner was satisfying. Hopefully there is more of the same to come for the rest of the season!”

The next event on the World Women’s Snooker Tour will be the LITEtask UK Women’s Championship, to be held in Leeds on 30 September – 1 October 2017. Evans will be the defending champion, having captured a record eighth UK crown at the event in 2016. Entries for the event are still open here.

Whether as a fellow competitor, an organiser, as a colleague or as