Evans is Queen of the Crucible

Home » Evans is Queen of the Crucible

World number one Reanne Evans has won the inaugural Women’s Tour Championship title at the Crucible Theatre in Sheffield.

The event saw the world’s top four ranked players Evans, Ng On Yee, Rebecca Kenna and Nutcharut Wongharuthai take to the baize as women’s snooker returned to the home of the snooker for the first time since 2003.

Evans began the day with a dramatic black-ball victory against 19-year-old Wongharuthai in what was a repeat of this year’s World Championship final. Having split two high-quality opening frames the match came down to a re-spotted black, which Evans would eventually ‘treble’ into the middle pocket to book her place in the final. 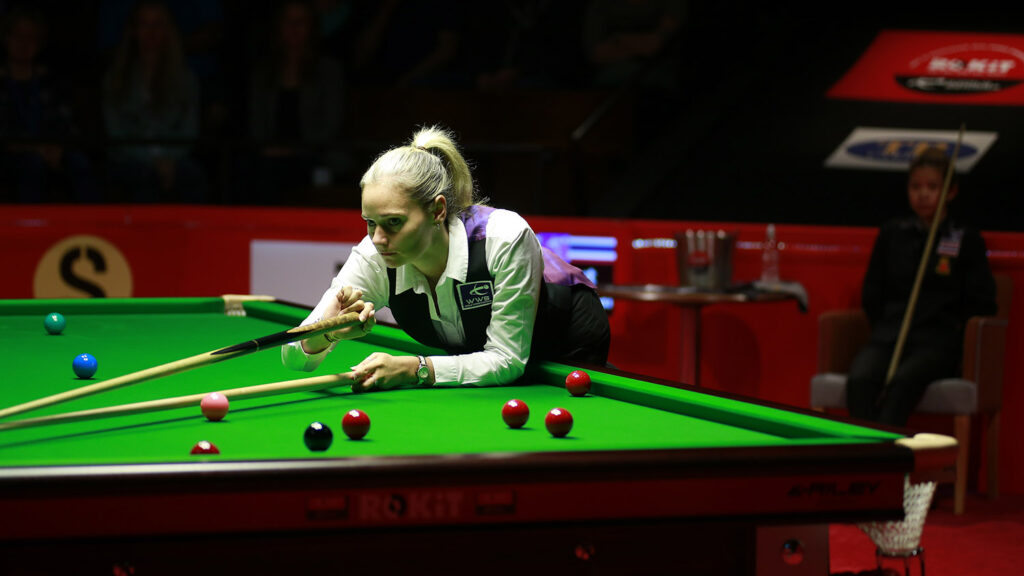 There she would meet long-time rival Ng On Yee after the Hong Kong star defeated third ranked Rebecca Kenna 2-0 in the second semi-final. After On Yee took a scrappy opener, the match was highlighted by a stunning clearance of 47 by the three-time former world champion to seal victory.

The final between the world’s top two players would be played as a single frame shoot-out and it was On Yee who had the first clear chance to build an advantage. A surprising miss on the black however would prove to be her final shot as Evans made no mistake with a decisive break of 79 to clinch the title.

The victory sees Evans pick up from where she left off after a six-title 2018/19 season which saw her regain the world number one ranking and claim her record 12th world title. 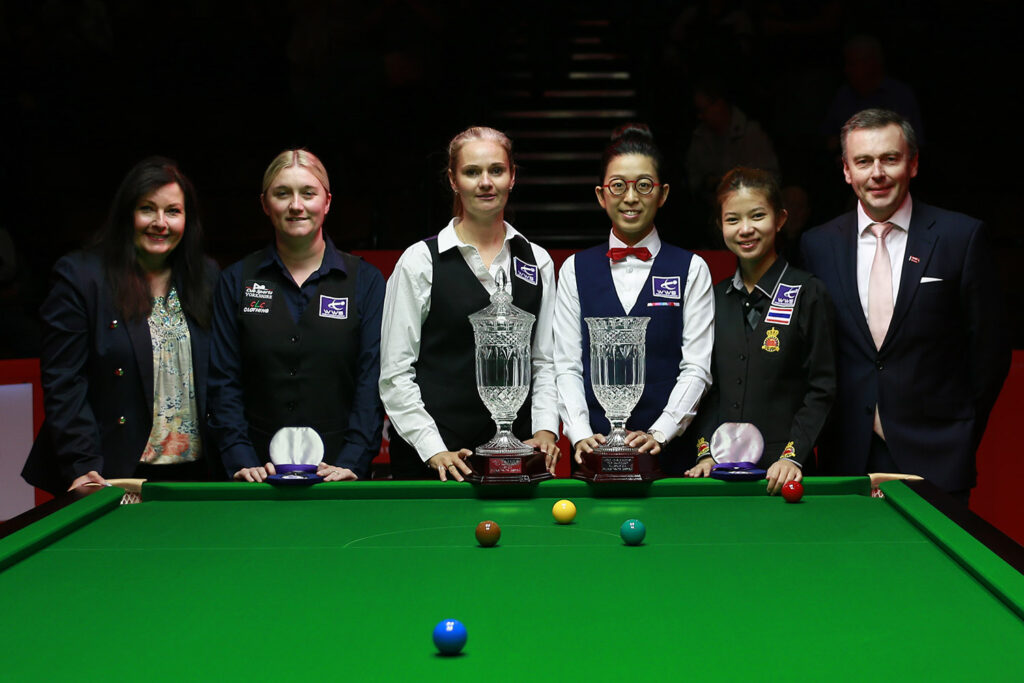 “To come back and soak everything up with the one-table set-up, I have absolutely loved it and hopefully it’s a step forward for women’s snooker and for me in general.” said Evans.

“We were happy just to be come and play here as the top four women players at the Crucible Theatre of dreams, every snooker player no matter who you are wants to play her. Then we were told that it was live on TV which added pressure, but it lets people know that we play and people will try to support us more and hopefully we can put on a good show.”

The tournament was held as part of this year’s ROKiT World Seniors Snooker Championship, which has seen 20 of the world’s best over-40 players compete in Sheffield this week with live coverage in the UK and Ireland broadcast by Freesports TV.