Next Generation Geared For German Trip

As the Paul Hunter Women’s Classic returns to the city of Fürth, Germany later this month, a number of the Tour’s younger players are preparing for their first taste of snooker action outside of the UK.

The tournament will be the first event of the 2017/18 World Women’s Snooker Tour and as in 2016, will be headlined by familiar faces including multiple world champions Reanne Evans and Ng On Yee, as well as fellow top 10 players Maria Catalano, Wan Ka Kai and Rebecca Kenna who will all be eyeing a title tilt.

As well as the big names however, the event will also see no fewer than six players aged 18 or under representing the next generation of women’s snooker, five of whom will be travelling from the UK to play in their first ever overseas competition. 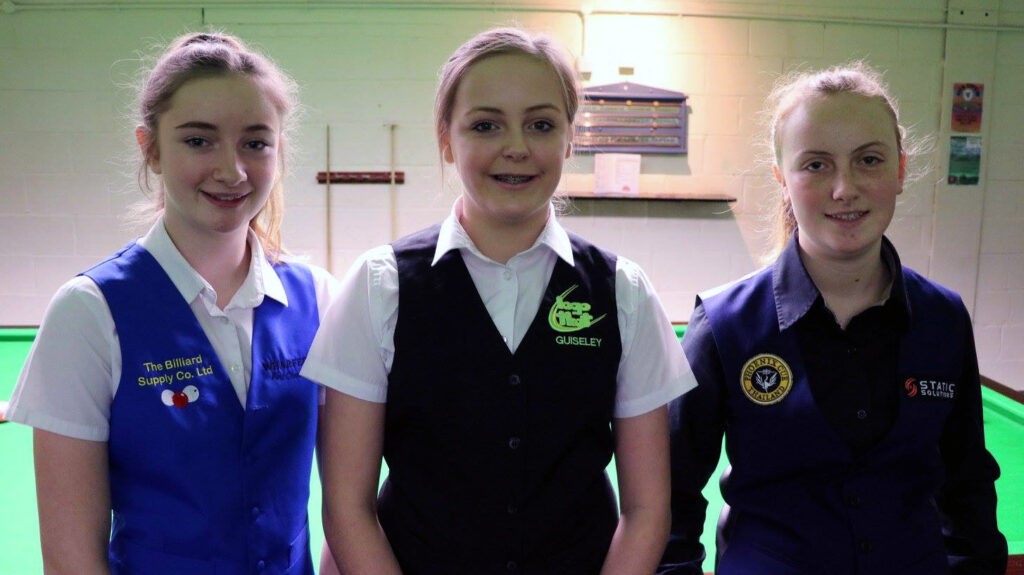 Leading the charge will be Wakefield’s Stephanie Daughtery, two-time defending UK Women’s under-21 champion and WLBS world number 17. Set to be among the seeded players at a ranking event for the first-time, Daughtery first began to play at the age of 12 and was introduced to the World Women’s Snooker Tour by her coach Anthony Hebblethwaite back in 2014.

Now 16, Daughtery is already looking forward to her first overseas competition and the chance to gain crucial experience as she looks to achieve her ultimate goal in the sport.

“I am very excited to be able to compete in Germany for the first time!” said Daughtery. “My aim is to one day become world women’s snooker champion and this will be a great opportunity to be able to learn from the top players.

“I hope that being able to experience playing in a different environment will help me to improve my game and am looking forward to being able to watch and compete against some outstanding players during the week.”

Daughtery is looking forward to being joined by players including Aimee Benn and Claire Edginton, both also regular faces at UK based events who will be competing overseas for the first time.

“The social aspect of these events is really important,” continued Daughtery. “Aimee and Claire are my closest friends on the tour so it is great that we will all be able to make the trip together. 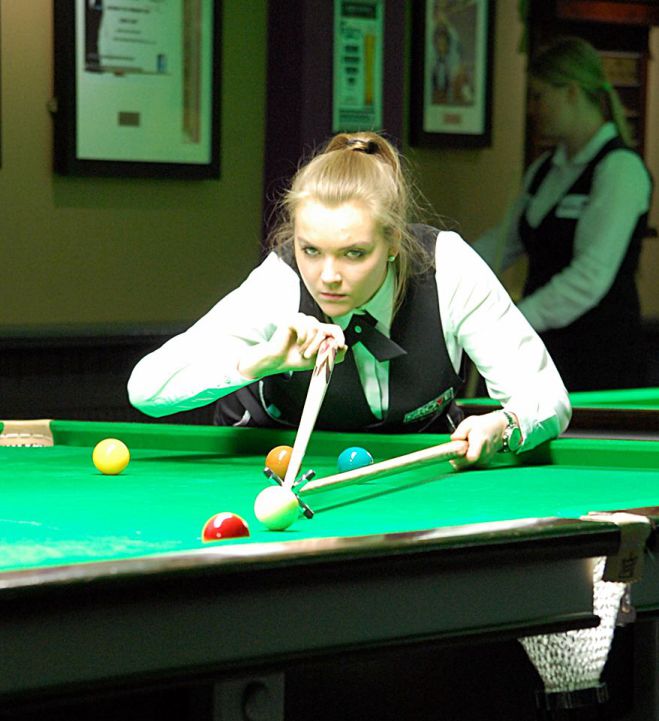 Another of the younger generation who will be making the trip is 17-year-old Emma Parker, who in April claimed victory at the LITEtask World Under-21 Championship for the first time. Unlike Daughtery and her other contemporaries, Parker is a relative newcomer to the Tour having entered her first event at the Connie Gough Trophy back in February.

“I played pool with my dad when I was little,” said Parker. “Where we played there was a snooker table and I always wanted to play but I was too small. Eventually when I was able to play snooker I loved it and became hooked. I have been playing competitively for two years now.

While this will be her first playing experience overseas, the tournament will not mark Parker’s first visit to Germany, following a unique experience back in 2006 when she was lucky enough to play a special role at the FIFA World Cup.

“I went to Germany in 2006 for the football World Cup,” explained Parker. “I went as a mascot for the England team after winning a competition sponsored by McDonalds. I walked out on the pitch with John Terry and I will never forget the feeling when the crowd cheered. It was an incredible experience that I will never forget.

“So I am really looking forward to the trip this time. I love snooker and watching the professionals, it encourages me to play as well as them one day. My Nan and grandad both love snooker too and they will be coming along with me.” 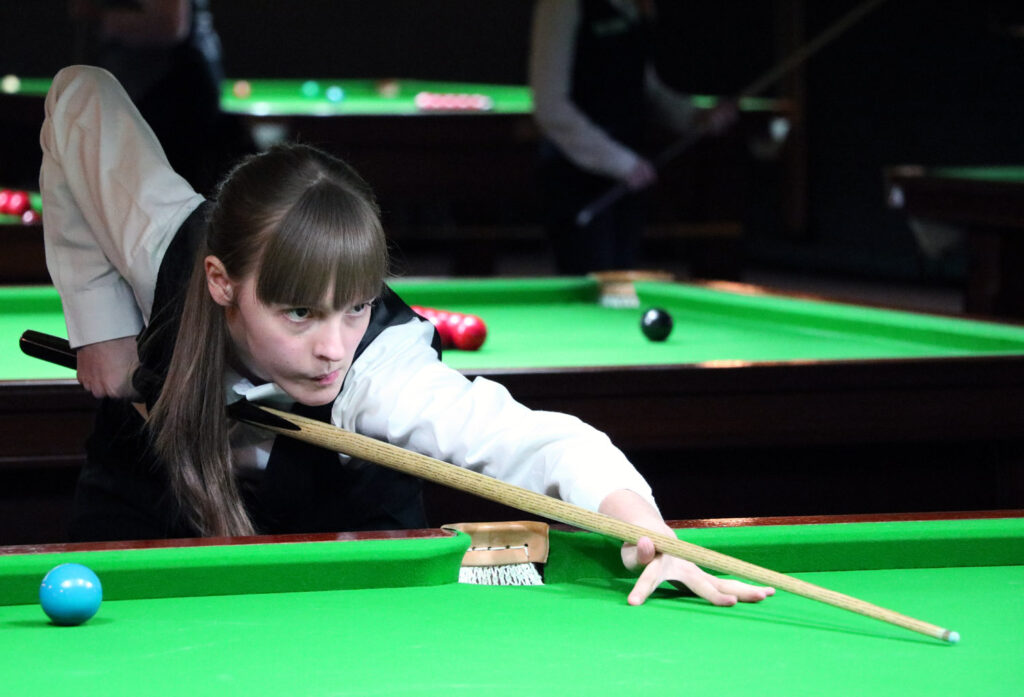 Like Daughtery, Parker hopes to be able to learn from the tournament so that she can fight for titles, not only against other women but one day against the men as the likes of Reanne Evans, Ng On Yee and Tatjana Vasiljeva have recently demonstrated in professional competition.

“My snooker goal is obviously to win as many tournaments as I can,” said Parker. “I would love to play competitively against the men as well. To be able to achieve this I need to practice hard, have commitment and put all my effort into the sport.

“I can learn a lot playing against players like Reanne and On Yee. Their experience can show me how important it is to practice and learn how to play the game as it should be played. I have the good fortune to play and practice with Ronnie O’Sullivan. I have learnt so much watching and playing him and it really drives me to improve. He is my idol in the game and I am very lucky to be close to him.” 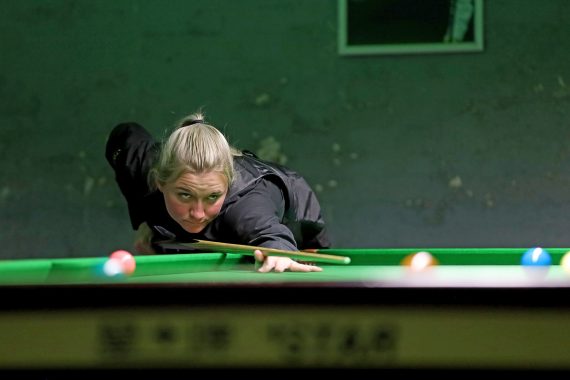 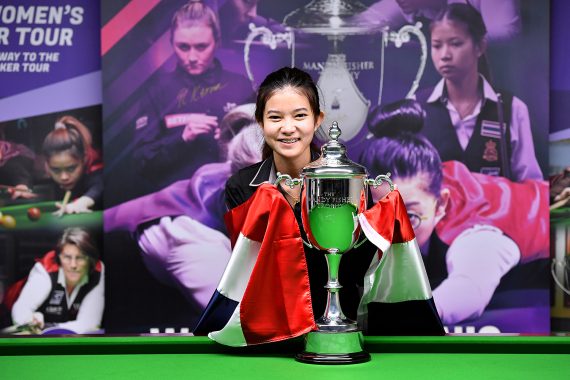