The official world women’s rankings have been updated for the second time this season following victory for Reanne Evans at the European Women’s Masters in Belgium last weekend.

The WLBS world rankings operate on a rolling two-year basis, with points earned during 2016/17 to be removed during the course of this season. At this revision, no points were removed from the ranking list as there was no corresponding event two years ago, with just points added from the European Women’s Masters at De Maxx. 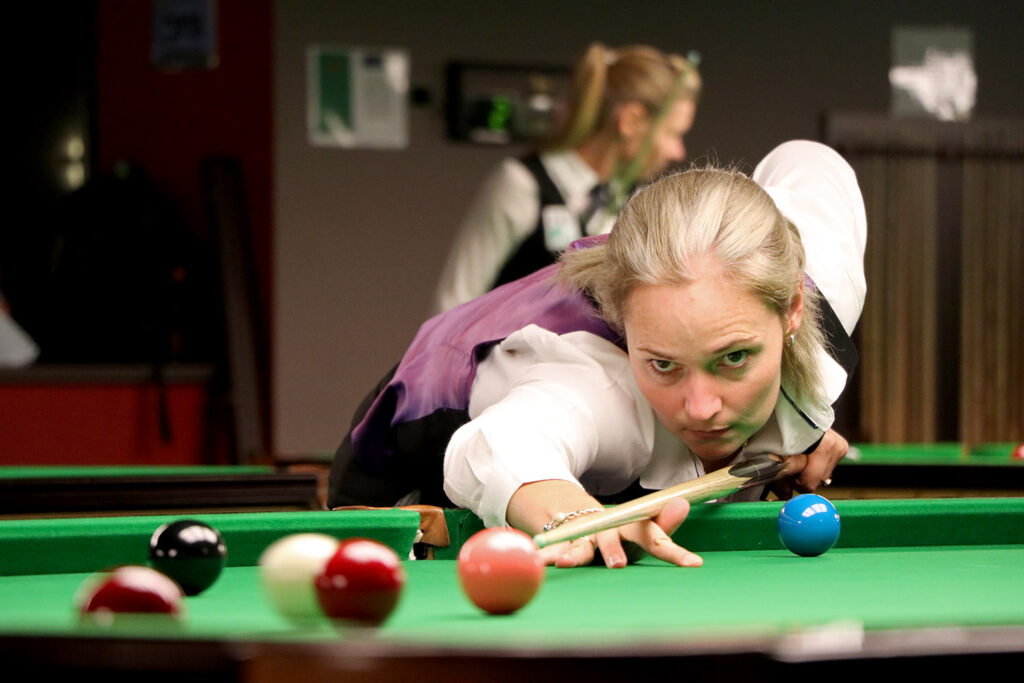 After Hong Kong’s Ng On Yee dramatically extended her lead at the top of the world ranking list with her victory at the season-opening UK Women’s Championship, second ranked Reanne Evans has now narrowed the gap following her latest title success.

With On Yee’s early exit to Nutcharut Wongharuthai at the last 16 stage in Neerpelt, combined with the first silverware of the season for Evans, the 11-time world champion has closed to just 7,050 points behind, compared to 13,612 heading into Belgium.

Elsewhere Keighley’s Rebecca Kenna consolidated third place with her run to the semi-finals, with closest challenger Maria Catalano not competing in the event and therefore unable to add to her total.

The remaining positions inside the top eight are unchanged, but there is a new entrant to the top 10 as 18-year-old Nutcharut Wongharuthai climbs two places to a career-high ninth following her second appearance in a ranking final. Since joining the tour as a regular player back at February’s UK Open, only the top three have gained more ranking points than the talented Thai player who has just 3,300 to be removed from her total during the next 12 months and is on course to continue moving up the list. 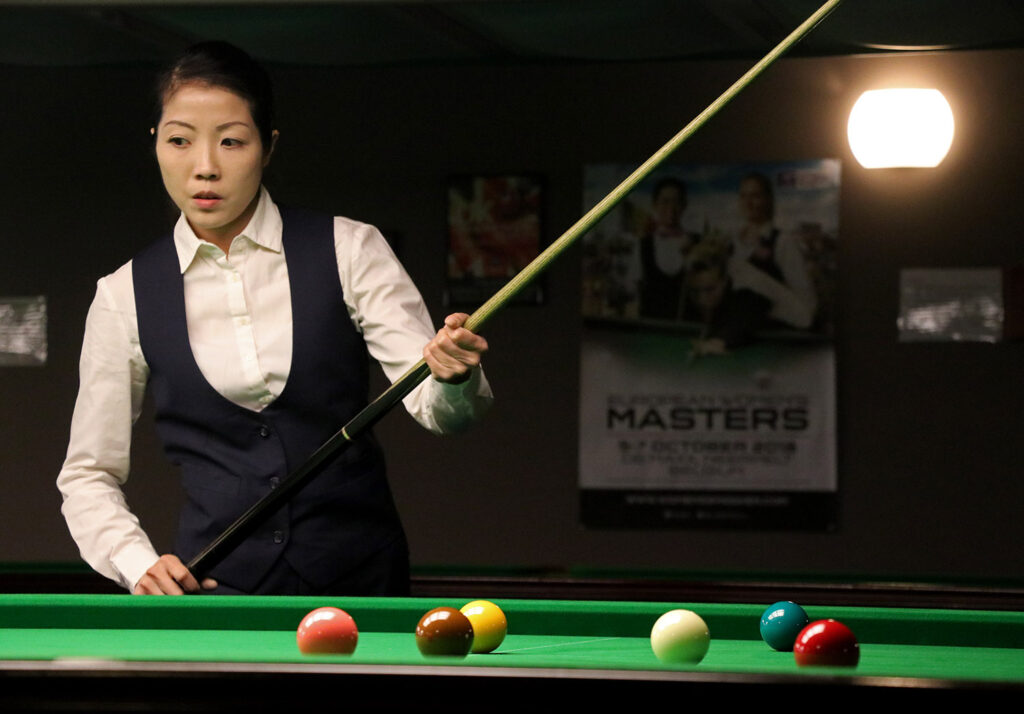 Outside of the top 10, there is a new career-high of 13th for Emma Parker after the 19-year-old reached her first ranking quarter-final in Belgium, while former world number three Jaique Ip also climbs two places to 12th after she also reached the last eight.

Hong Kong’s Ho Yee Ki also rises one place to a new personal best of 16th position, while Germany’s Diana Stateczny re-enters the top 30 after she reached the last 16 stage.

There is a leap of 14 places for home favourite and our host last weekend at De Maxx, Wendy Jans, who is now ranked 31st following her run to the semi-finals.

Finally, Australia’s Judy Dangerfield also moves to a new career-high of 44th after she reached the knockout stages at her second ranking event. 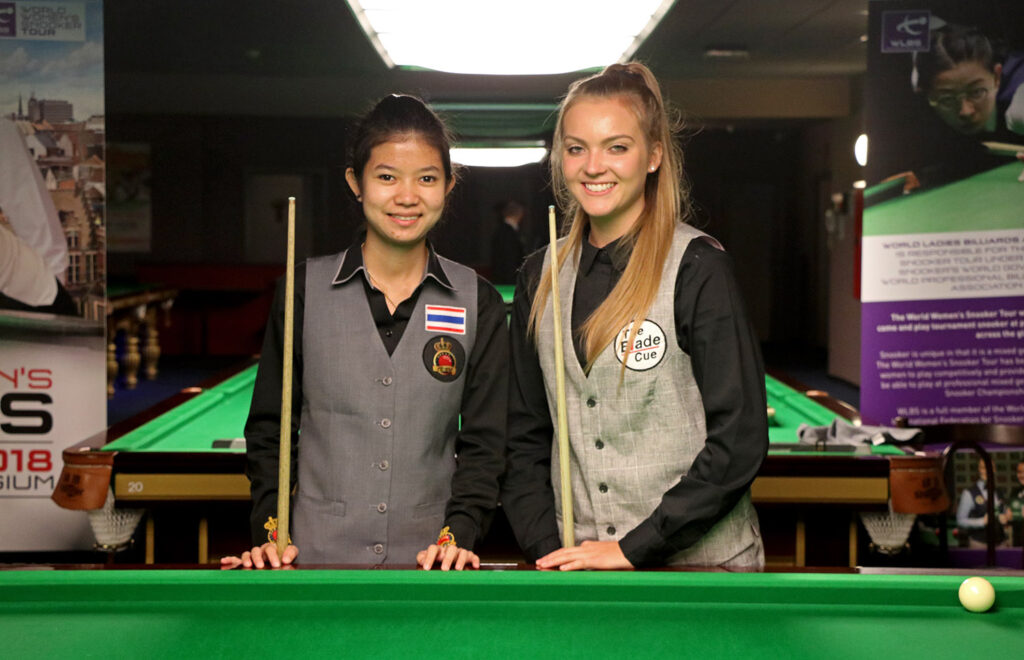 There was a change at the top of the Under-21 rankings in Belgium as Emma Parker ascended to top spot following her fourth Under-21 title victory during the past 18 months.

Having come into the tournament just 300 points behind 16-year-old Shannon Metcalf, Parker defeated the youngster 2-1 in the round robin stages of the European Women’s Masters Under-21 event before defeating Nutcharut Wongharuthai 2-0 in the final to clinch the title.

Parker now sits 3,450 points clear of Metcalf at the top of the list and with fewer points to defend compared to the Leeds-based youngster during the remainder of the season has a good opportunity to remain there for the immediate future.

Further down the list, Thailand’s Wongharuthai climbs two places to fifth following her final appearance with Aimee Benn next in her sights.

The next ranking event will be the WLBS Australian Women’s Open 2018, which will be held for the first time at Mounties in Sydney, Australia from 25-28 October 2018. Enter now online HERE.

The WLBS world rankings have been updated for the first time during the 2016/17 season following Ng On Yee’s victory at the Paul Hunter Ladies Classic last weekend.

By securing her third career WLBS ranking title in Germany, the 25-year-old has closed the gap to beaten finalist Reanne Evans, although the world number one still retains a comfortable lead of 15,900 points.

The WLBS world rankings operate on a rolling two-year basis, with points earned during the 2014/15 season to be removed as this season progresses. With no points to be removed at this update however (see points drop-off dates), unsurprisingly there have been gains for many of the players who competed in Germany.

With their runs to the semi-finals, bronze medallists Maria Catalano and Tatjana Vasiljeva both climb one place to third and sixth respectively, while Vicky Shirley breaks into the top eight for the first time since April 2015.

Quarter-finalist So Man Yee, competing in her first WLBS event since the 2015 World Ladies Championship is up two places, as is Russia’s Irina Gorbataya, who came within a frame of shocking eventual champion On Yee at the last 16 stage in Germany.

Further down the list, one of the biggest movers is Ireland’s Ronda Sheldreck, up 14 places following her run to the knock-out stages. Germany’s Diana Stateczny also continues her rapid rise up the rankings, another quarter-final following her run at the World Ladies Championship earlier this year enough to see her climb 10 places to 23rd.

Finally, Belgium’s Wendy Jans is a notable new entry at 46th, having reached the quarter-finals at what was her first WLBS event during the counting period.

The updated ranking list will be used to determine the seedings for the LITEtask UK Ladies Championship which will take place on 8-9 October 2016 at the Northern Snooker Centre, Leeds.

With just two days to go before the start of the 2016 Paul Hunter Ladies Classic in Germany, today we profile some of the eight players who will be competing in a WLBS event on home soil for the first time in their careers…

Bochum-based Diana Stateczny is perhaps the best known and certainly the most decorated German female snooker player, having won the German Championship on five occasions and made a tournament high break of 78.

Also a finalist at the European Championship in 2010, the 36-year-old enjoyed a strong performance at this year’s WLBS World Ladies Championship. Having progressed through her group with four wins from four, she then shocked fourth seed Maria Catalano with a 3-1 win to reach the quarter-finals for the first time.

A talented American pool player, Christina Schneider will be competing in her first snooker tournament in Furth as she looks to take herself out of her comfort zone.

On the pool circuit she notably reached the semi-finals of the 2014 9-ball German Championship and plays regularly for BC Ludwigsburg. This week however snooker will be the challenge and she has stated that she is looking forward to meeting her fellow players from across the globe and seeing how her game matches up against them.

Something of a local hero at the Paul Hunter Ladies Classic, Ramona Kirchner plays for 1.BC Lechbruck and has a competition high break of 50.

Winner of the German Championship back in 2005, like Schneider she is looking forward to mixing with international players and to seeing how her standard compares to the other players in action in Fuerth.

Following a two-year stint based in England, Diana Schuler has recently moved back to Germany and perhaps has reason to look forward to the Paul Hunter Ladies Classic more than most.

Alongside her playing career, which has seen her compile a competition high break of 53 and reach the semi final of the European Team Championship 2013, the 35-year-old also acts as Marketing Director for the WLBS and has been instrumental in the organisation of the event.

At local level she plays for 1.SC Schwalbach and has the distinction of being included on the professional game’s 147 list, as she was the opponent when two-time world champion Mark Williams made his second career maximum in Rüsselsheim six years ago.

Completing the German contingent in Fuerth will be four relative newcomers to the scene: