Ng On Yee scored her best win as a professional player by beating former Crucible king Ken Doherty 4-3 in the qualifying round of the Cazoo British Open.

Hong Kong’s On Yee won a dramatic final frame by potting the final pink off three cushions as she booked a place in the final stages of the world ranking event in Milton Keynes next month.

On Yee, a three-time Women’s world champion, played on the pro tour for the first time last season, and scored one win against Wu Yize in the qualifying round for the Welsh Open.

“Today’s win is definitely one of the best of my career, against a great player like Ken,” said the 31-year-old. “I have to be honest and admit the pink in the last frame was a fluke!

“I have been practising hard recently with a lot of top players including Marco Fu and I can see an improvement in my game. I’m very happy to get my first win of the season. I knew my safety would have to be good today and I just wanted to enjoy the match and try my best on every shot. It’s great to qualify for another venue as it gives me another chance to get used to that environment.”

On Yee took the first two frames before Doherty fought back to lead 3-2. The sixth frame went On Yee’s way and she looked in control of the decider until she missed a tricky blue with the rest to a top corner on a break of 47. Irishman Doherty later had a chance to clear from the penultimate red but snatched at the final pink when trailing by seven points. After a tactical tussle, On Yee’s attempted safety came in and out of baulk and rolled into a top corner.

She is one of four women playing on the pro tour this season, alongside Reanne Evans, Mink Nutcharut and Rebecca Kenna. All four will compete in the new BetVictor World Mixed Doubles at the same venue in Milton Keynes on September 24-25.

The final stages of the Cazoo British Open in Milton Keynes run from September 26 to October 2, for ticket details click here. 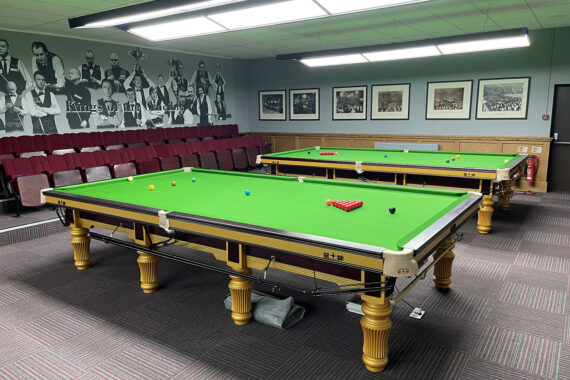