Hong Kong’s Ng On Yee made it a title double in October as she won the Eden Women’s Masters for the first time last weekend in Gloucester.

Having captured the UK Women’s Championship for the third time at the start of the month, On Yee narrowly edged out world number one Reanne Evans 4-3 in the final to add the Masters crown to her growing list of honours at the South West Snooker Academy.

On Yee took two of the first three frames during the final, with four-time defending champion Evans claiming the second with a run of 50. The 11-time world champion had already survived a real scare from Maria Catalano in the semi-finals as she came back from 2-0 down to come through in a decider and she looked on for a repeat in the final as she then won back to back frames to move one from victory at 3-2.

A topsy-turvy final was to have another twist however as On Yee compiled a match high break of 64 to force a deciding frame, which she would eventually win with a clearance to the pink to snatch victory. 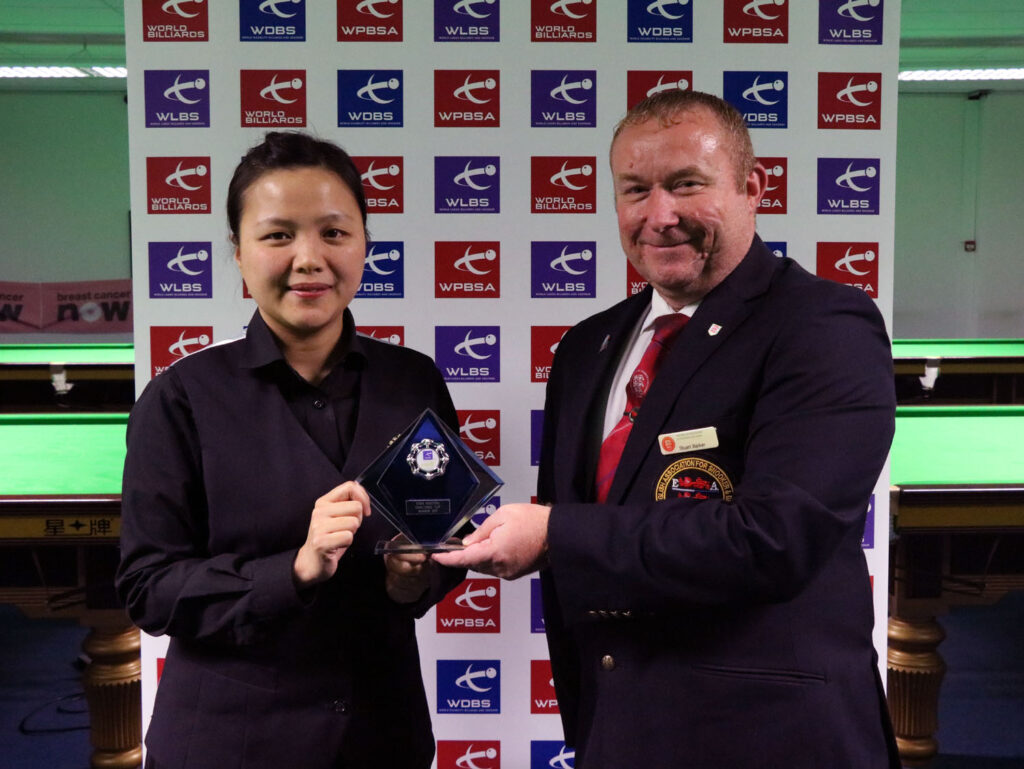 The success caps a career-year for the 26-year-old who has now won five ranking titles on the World Women’s Snooker Tour in 2017. Having captured the World Women’s Championship in Singapore back in March, she then added world titles in the six and ten red events in Leeds a month later, before taking back to back crowns in October.

She will now also close the gap to just 1,550 points when the official WLBS ranking list is revised this week and with significantly fewer points to defend during the remainder of this season compared to Evans, now has a strong chance of claiming the top ranking for the first time in her career early in 2018.

Evans would at least finish the event with the high break following her spectacular total clearance of 139 during her last 16 victory against Claire Edginton on Saturday. The break was her third highest ever in competition, having twice previously compiled a break of 140. 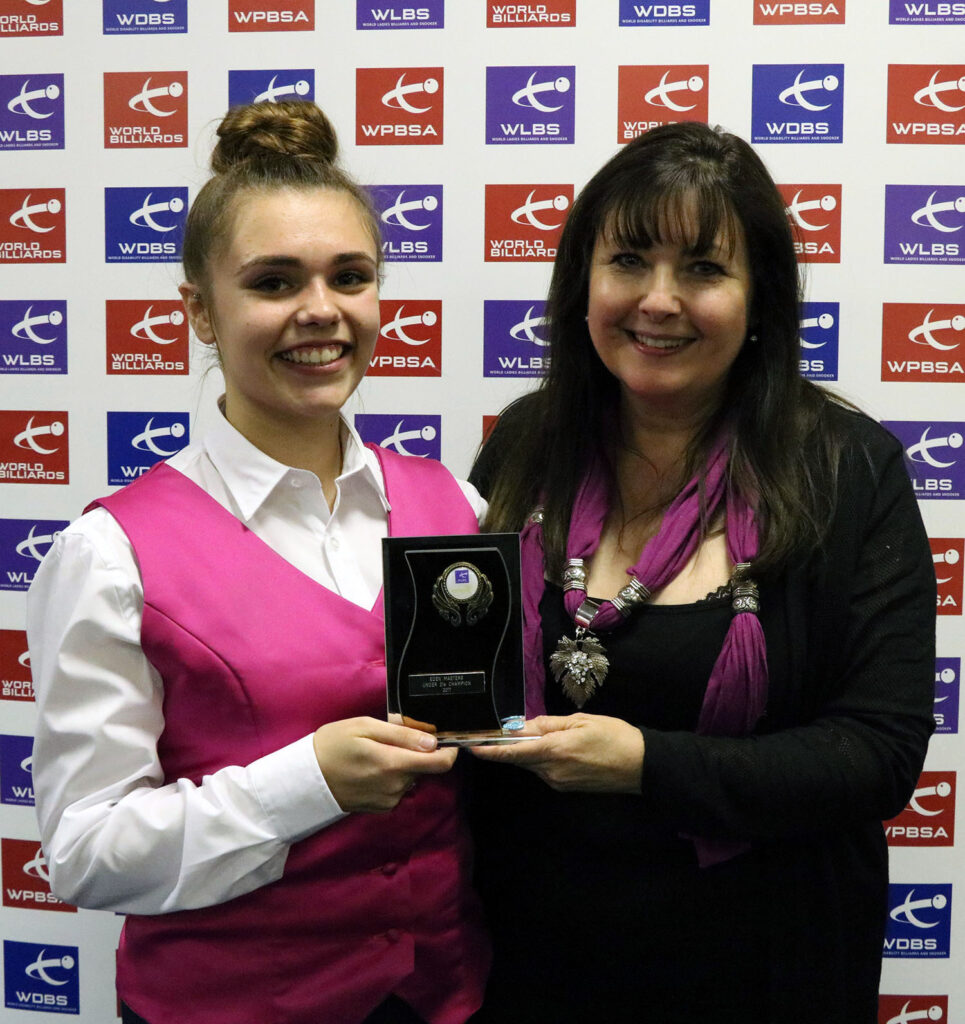 As well as the main competition in Gloucester, the Challenge Cup also saw victory for Hong Kong as Pui Ying Mini Chu defeated compatriot Yee Ki Ho 3-0 in the final to capture her first silverware on the World Women’s Snooker Tour.

There were successful title defences in both the Under-21 and Seniors events meanwhile as Chloe White defeated recent UK Under-21 champion Emma Parker 3-2 to claim her second Women’s Masters trophy, while Jenny Poulter ran out a 3-1 winner against WLBS first-timer Jackie Ellis to retain her title.