Reanne Evans has defeated Maria Catalano 4-2 to capture the UK Women’s Snooker Championship for a record-extending ninth time at the Northern Snooker Centre in Leeds.

The victory sees the world number one maintain her current 11-month unbeaten run on the World Women’s Snooker Tour, which has now seen her claim seven consecutive titles and is her first UK success since 2016. 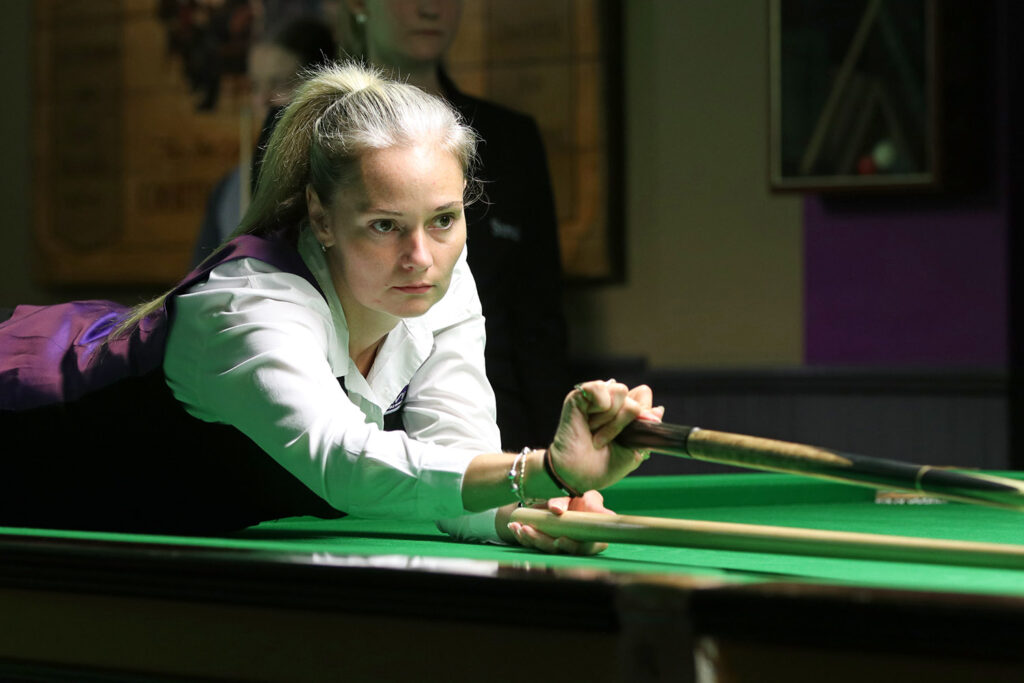 Having started her campaign with a win against Zoe Killington, 33-year-old Evans survived a scare against Hong Kong’s Fong Mei Mei at the quarter-final stage before coming through a 3-2 winner. She then comfortably defeated namesake Laura Evans in the semi-finals to reach an unprecedented 12th UK final.

There she would face close friend Maria Catalano, who previously won the event back in 2012 and had reached the final on a further five previous occasions prior to 2019. The current world number five defeated Connie Stephens on Saturday before surviving hard-fought matches with promising youngsters Emma Parker and Thailand’s Ploychompoo Laokiatphong to progress to her first final since the 2018 World Women’s Championship in Malta.

It was Catalano who made the stronger start to the final to lead 1-0 and 2-1, before Evans snatched what would prove to be a pivotal fourth frame on the black to level the scores. From there she began to take control of the match, taking the fifth frame to lead for the first time before comfortably adding the sixth to crown victory. 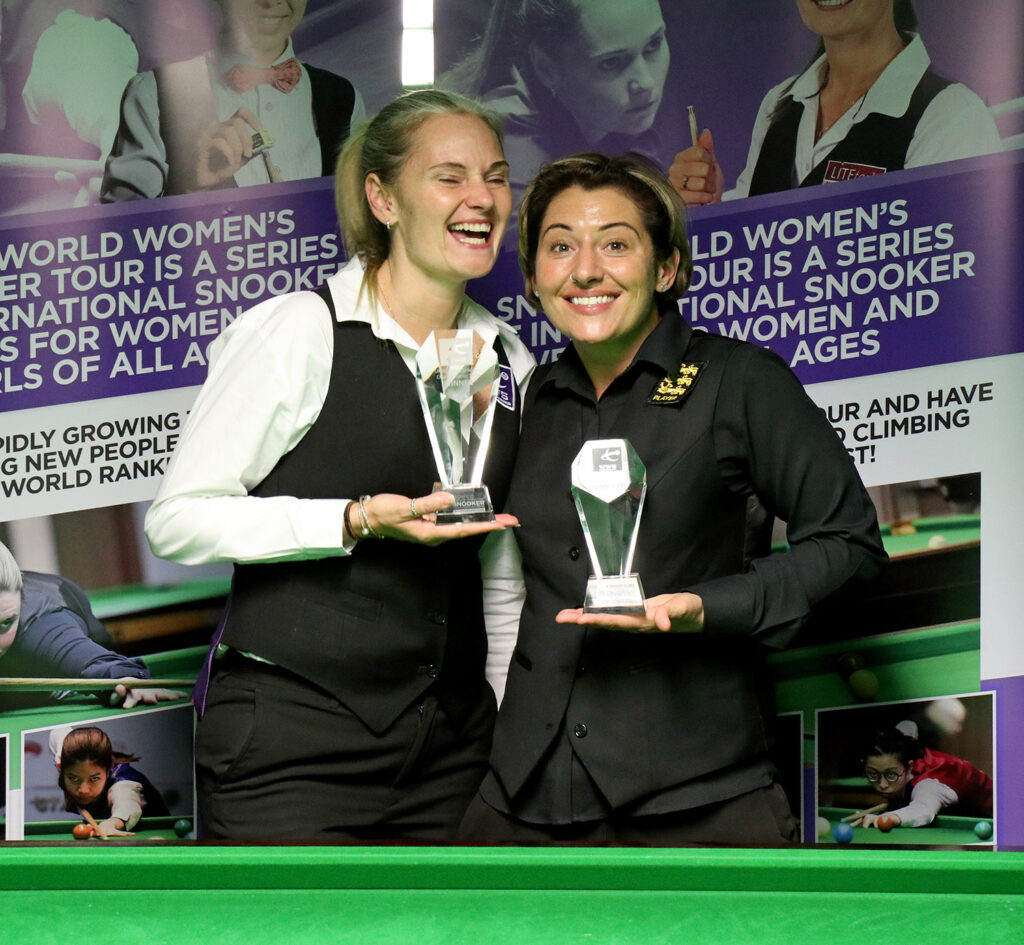 “It was patchy this weekend, but I felt good even when I played bad so I knew it [form] was there,” said Evans. “Overall I am really pleased, to play Maria in the final again was good. It is always a bit awkward to play against your best mate, but I’m just glad to see her back after last year [Maria lost her father shortly before the same event in 2018] so this one is for her. She didn’t want to enter and we sort of made her treat it as a holiday, but she relaxed and to be fair she played a little bit better than me. I just dug in there and waited for my chances.”

For Evans the event followed her appearance at the SangSom 6-Red World Championship last week in Thailand, as she returned to the site of her record 12th world title success earlier this summer.

“It has only been the last day or so that I have actually slept well, then I got here and didn’t sleep,” continued Evans. “But it was brilliant to be back in Thailand and to be part of an event like that. I’m just happy to be playing in all of these different events now before I get too old!”

The tournament saw 32 players travel from across the world to compete including from Hong Kong, Morocco and Russia as the World Women’s Snooker Tour continues to grow. The high break was a fantastic run of 105 compiled by champion Evans during the second frame of her quarter-final win. 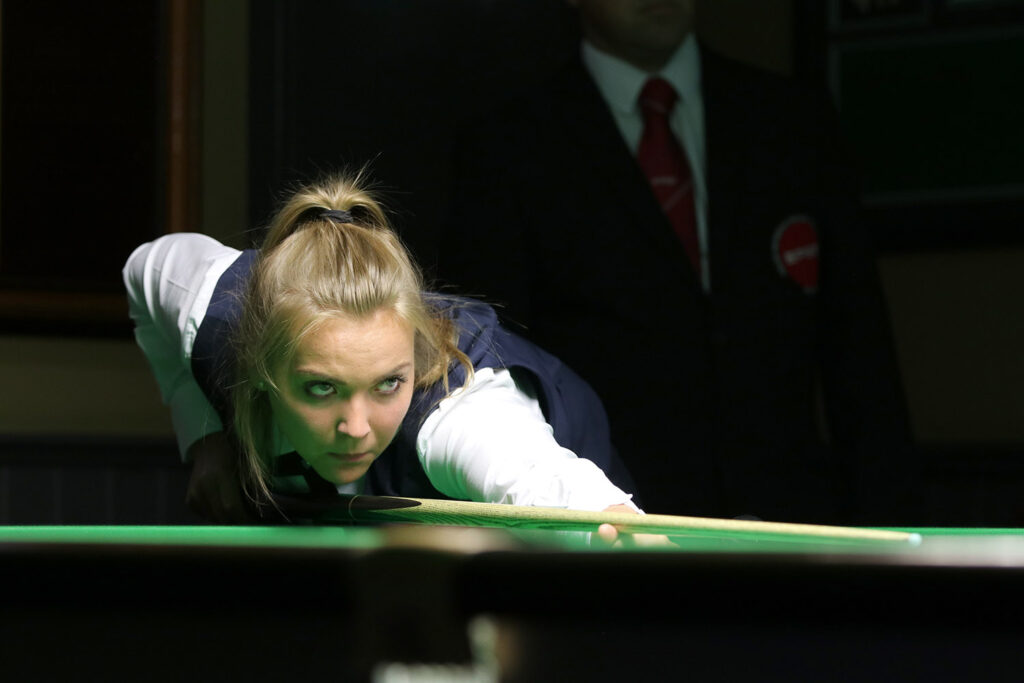 Emma Parker shrugged off the disappointment of her narrow quarter-final defeat in the main competition to claim the UK Women’s Under-21 title for the second time in three years with a 2-0 win against Steph Daughtery.

The current junior number one defeated Zoe Killington and then Ploychompoo Laokiatphong in a tight semi-final, before overcoming 2015 and 2016 champion Daughtery to seal victory. 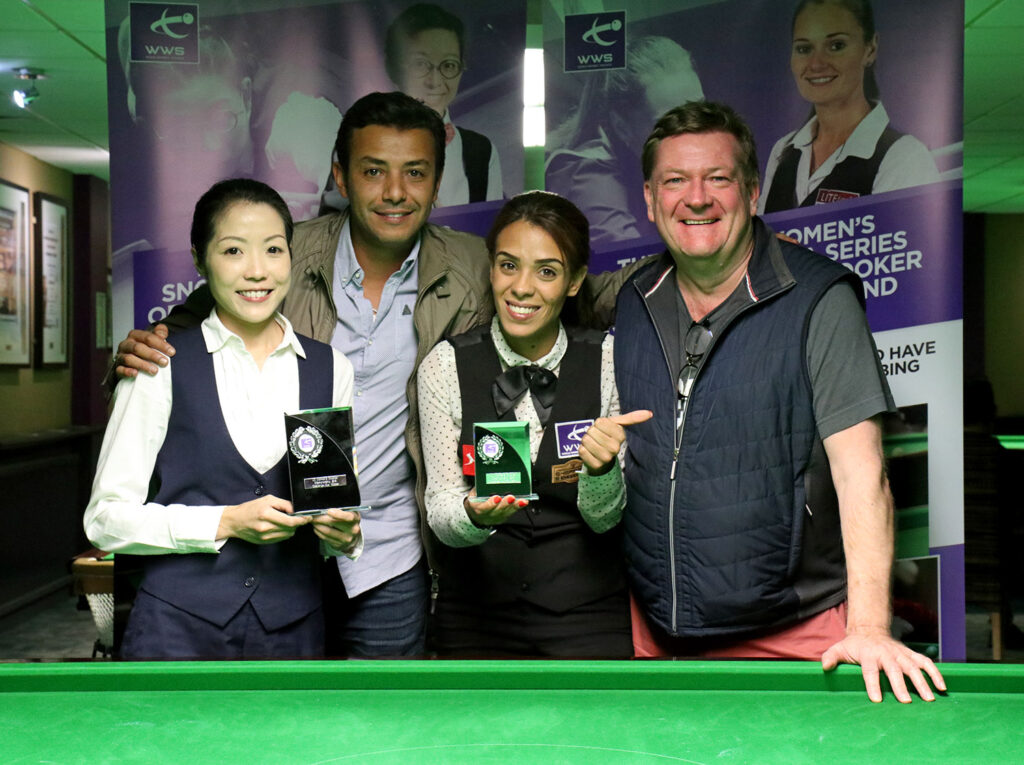 There was also a new winner in the Seniors side-event as Jan Hughes claimed her first over-40s tournament since since 2012 following a 2-1 win against Bugsie Cothier. Hughes defeated Michelle Baker before inflicting a first seniors defeat upon Jenny Poulter since April 2017 to reach the final, before edging out first-time finalist Cothier to claim the title.

The Challenge Cup side-event for players who had exited the main competition prior to the quarter-finals was won by Jaique Ip of Hong Kong, who defeated Morocco’s Hind Bennani who became the first African to compete on the WWS circuit during the weekend. Ip began with victories against Charlee Blair-McDonough, Jackie Ellis and Jenny Poulter, before scoring a 2-0 victory against Bennani for the title.

The next stop on the World Women’s Snooker Tour will be the Australian Women’s Open, which will run from 17-20 October 2019 in Sydney, Australia. Enter online now via the Australian Billiards and Snooker Council website HERE. 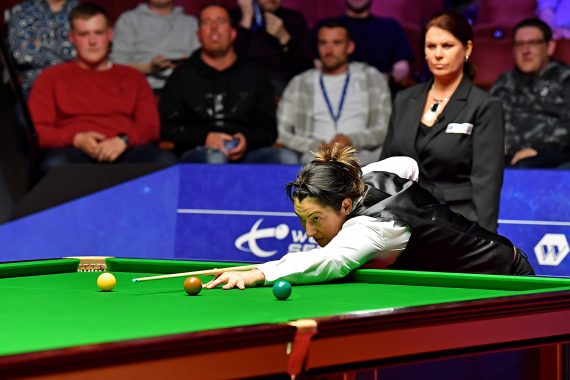