Nutcharut Wongharuthai has defeated Ng On Yee 4-2 in the final of the Australian Women’s Open to capture her first-ever ranking event title on Sunday.

Held for a second time at the Mounties venue in Sydney, Australia, following last year’s inaugural event, the competition saw 24 players battle it out to become champion across four days of hard-fought action.

It would be the top two seeded players who would make it through to the showpiece match, Thailand’s Wongharuthai ominously doing so for the loss of no frames, while defending champion On Yee made it back-to-back finals in Sydney with victories against Jessica Woods and So Man Yan in the latter rounds. 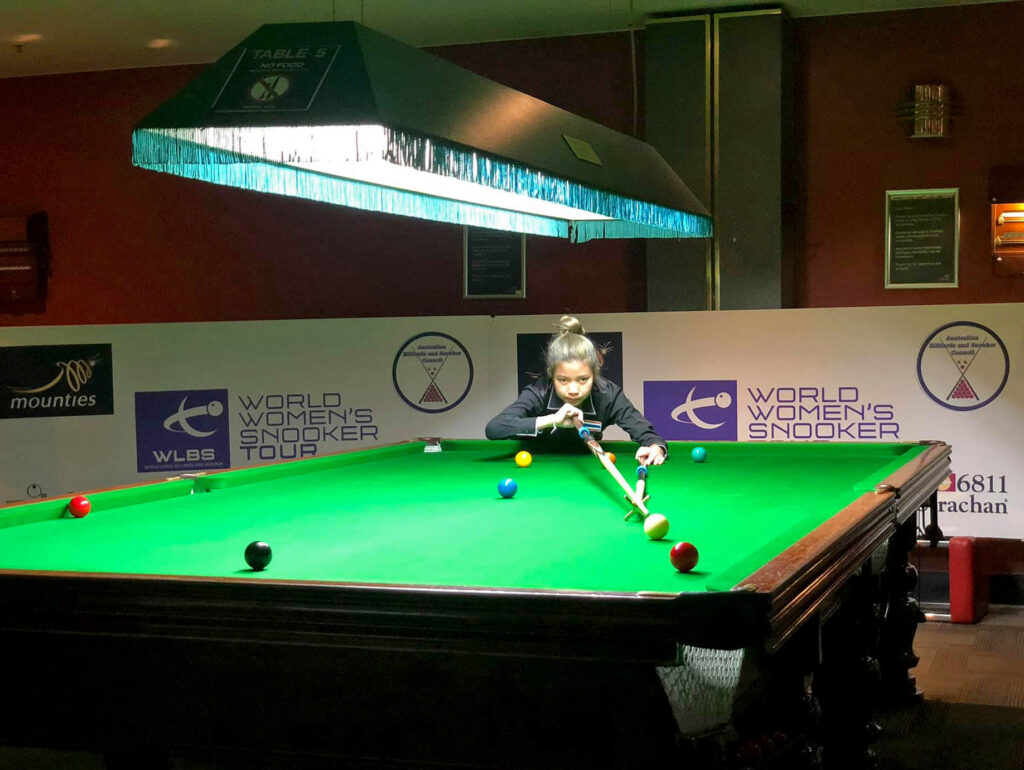 Contested over the best of seven frames, the final saw 19-year-old Wongharuthai make the faster start by moving into a 2-0 lead, before former world number one On Yee hit back with a run of 70 to get herself off the mark. Mink, as Wongharuthai is also commonly known, took the fourth frame to restore her two-frame advantage, only for On Yee to again close the gap with a second 70 break to stay in the match.

Wongharuthai was not to be denied however, runs of 38 and 37 in the sixth and ultimately final frame proving enough for her to claim glory for the first time on the World Women’s Snooker Tour.

Victory for the Thai star adds to a career-best year which has already seen her reach her first World Championship final and become the first woman to make a verified 147 break back in March. She is now also guaranteed to climb to a new career-high ranking of number three, overtaking Rebecca Kenna who did not compete in Australia.

Wongharuthai’s success also represents the first ranking event win for a player other than On Yee or Reanne Evans on the circuit since Maria Catalano claimed victory at the Connie Gough Trophy back in February 2017 and the Thai star also finished the week with the highest break after her run of 90 during the group stage.

All at World Women’s Snooker would like to thank the Australian Billiards and Snooker Council for their hard work in running this event during the week.