To read that Lynette Horsburgh brought the curtain down on a 24-year spell on the World Women’s Snooker Tour in 2008 at the age of just 34, one could be forgiven for assuming that the author must have made an error.

But for a player who made her first 40 break in competition as a nine-year-old and would reach the semi-finals of the UK Championship just weeks after her 11th birthday, there is no mistake and we recently caught up with our former world number one to reflect on her successful snooker career.

It remains to this day one of the core values of the WWS Tour that tournaments are open to players of all ages and just two years ago 11-year-old Ksenia Zhukova of Russia gained headlines after she won a match at the World Championship in Thailand on her debut. But almost 40 years earlier it was Horsburgh who had been the pioneer for girls in our sport after she was introduced to snooker at the age of just eight by her father.

“I had a go and liked it, so he took me to the Commonwealth Sporting Club in Blackpool.” recalled Horsburgh. “It was a Mecca for snooker players and the professionals often went there. It wasn’t unusual to see top players there as Lancashire was a hotbed of snooker then.

“The first time I played there we were on the next table to Steve Davis who was my idol. I was hooked from then on. Cliff Thorburn, Alex Higgins, Jimmy White – I remember seeing them in there and John Parrott – my other favourite player – was a regular. He used to go to see Frank Callan. John was there when I had my 10th birthday party there with all my class running riot all over the club!

“It was ahead of its time for the early 1980s when snooker was mainly played in working men’s clubs. It had 25 snooker tables with the arena table having a seating capacity of about 500. It also had squash and badminton courts and a gym and a bar and restaurant. It was a stone’s throw away from my school so I used to go straight from school.”

Within a year word had already got out of Horsburgh’s talent, her 40 break in winning the opening frame of the final of an Under-13 Open tournament at the age of just nine having been reported in Snooker Scene. A year later in 1984 she made her debut at the World Women’s Snooker Championship, her first event on the women’s circuit and one that she remembers fondly to this day.

“I loved it – and all the players were so welcoming and Mandy Fisher took me under her wing,” said Horsburgh. “The first World Championship in Coventry was electric. I was 10 and the club was really dark apart from the lights on the tables – it was so exciting to be part of it.

“I won a few rounds before I went out to the runner-up Natalie Stelmach from Canada in the last 32. In the final she lost 4-1 to Stacey Hillyard, who had been to the Commonwealth a couple of months before and her and her parents were really nice to me. I never ever forgot that. She was an amazing player and great to watch. She was an out and out potter back then, prior to her coaching from Frank Adamson.

“Allison Fisher had been the favourite to win, but they played in the semi-finals and Stacey won. Even at their age they were the best two female players in the world.

“I remember the final being way past my bedtime and Mandy Fisher presenting me with a box of chocolates at the end for a special debut. I was so thrilled – I had watched Mandy play on telly and she was Mrs Snooker.”

A year later she would reach the semi-finals of the UK Championship in Leicester, losing out to eventual champion Allison Fisher in the final and it would not be long before she had established herself as one of the tour’s leading players. 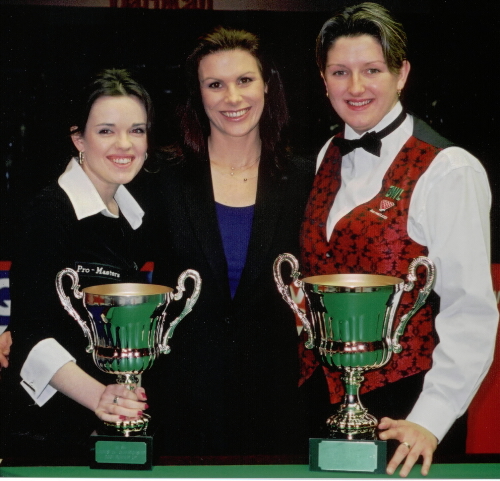 Across the following two decades Horsburgh – who would compete for Scotland having been born to Scottish parents James and Anne – would go on to win nine ranking titles. These included the ‘Regal double’ in Scotland and Wales, the British Open at the Plymouth Pavilions and the Grand Prix at the Preston Guild Hall – an iconic snooker venue close to her heart and also her Blackpool home.

Along the way she would enjoy a number of unforgettable experiences including appearing on the hit BBC show Big Break and being interviewed by legendary BBC snooker anchor David Vine in Cardiff following her Welsh success against Kelly Fisher in 2000.

The best was still to come, however, as from 2004-2005 she would claim three titles to become world number one for the first time in her career. Among these was the 2004 UK Championship, which culminated in a 4-3 victory against rising star Reanne Evans and would pave the way for what was an unforgettable week.

“My greatest achievement was winning the 2004 UK Ladies Snooker Championships – working during the week – and winning the National Ladies Pool Championship (about 150 runners) and then the Champion of Champions at Great Yarmouth.

“It was some seven days and felt like such a bonus as I really thought I was past it at 30. I had been to Stephen Rowlings [a former main tour professional] for coaching and he really helped me.” 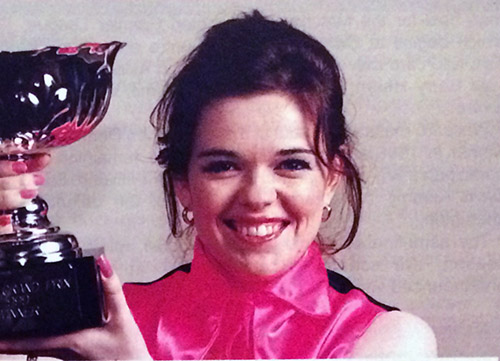 Although the world title was to ultimately elude her (notwithstanding her 2008 success in pool), with final appearances in 2001 and 2005 representing her best performances, Horsburgh counts herself fortunate to have competed against – and beaten – the tour’s most successful trio Allison Fisher, Kelly Fisher and Reanne Evans.

“They are all tremendous players and dominated in their era so very difficult to compare,” said Horsburgh, whose career high break stands at 135. “Allison Fisher was the first woman to really break down barriers and fought to get the game opened up to play on the professional circuit – and is the ultimate player and professional. She oozes class.

“Kelly Fisher was probably the best potter and is still winning majors in American pool which is incredible.

“Reanne Evans is such a natural player and has flown the flag for Women’s Snooker since Allison and Kelly moved to the USA. Winning the World Championship 12 times is a such a fantastic achievement. The first one she beat me in the final. She was a different level!  She has great parents behind her and I felt really pleased for them when she was appointed an MBE.”

Now a journalist with the BBC, Horsburgh has not ruled out a future return to the snooker table in the future, but for now has only positive memories of her time on the circuit and of the role played by Mandy Fisher as the circuit celebrates its 40th anniversary this month. 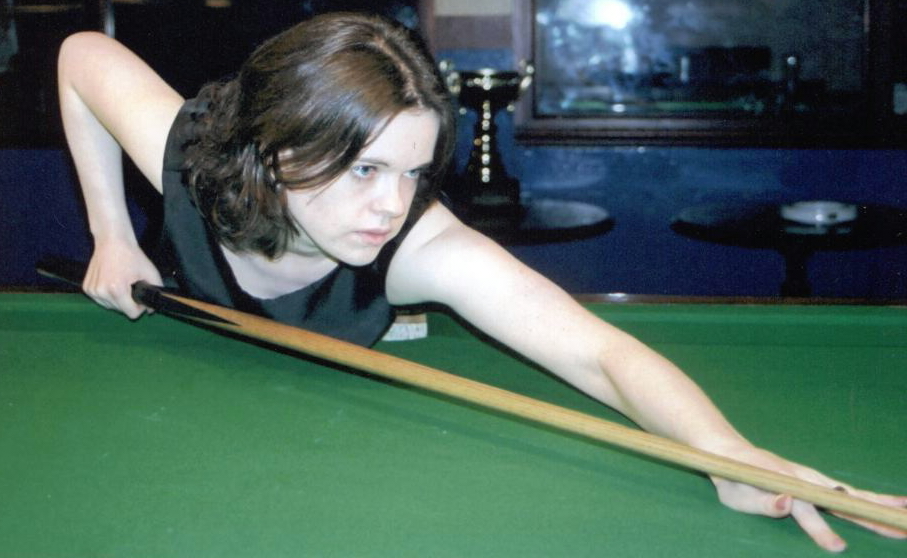 “They were really fun times – all I can remember is the laughs,” said Horsburgh. “There were lows, but it was such a buzz competing with other girls and women who shared my passion for snooker.

“When you played in local leagues back in the 80s there was always a big deal about being a lady player and a need to prove yourself, whereas at tournaments we were all just women competing.

“We had characters from all walks of life on the circuit. My best friends today are from the circuit – Ann-Marie Farren and Vicki Revell. We’ve been friends for more than 30 years and now our kids are all pals! Sadly, my other close friend from the Tour Dawn Wells died three years ago. 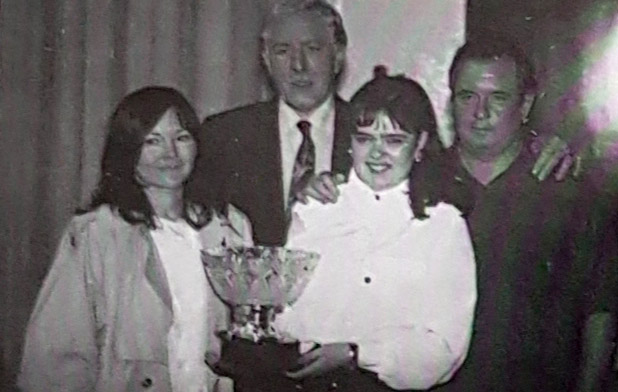 “As a parent now, I realise what sacrifices my mum and dad made to drive me all over the country every weekend. It was costly and took up all their time – not to mention insisting we went to Pontins instead of holidays!

“And of course, the enormous contribution made by Mandy Fisher who not only started the body but has nurtured the players and been the glue that has held it all together – while playing and raising a family. She has sacrificed so much – including her playing career – for the good of the game. Her and Julie Hemmingway – former press officer – have been special ladies in my snooker life.” 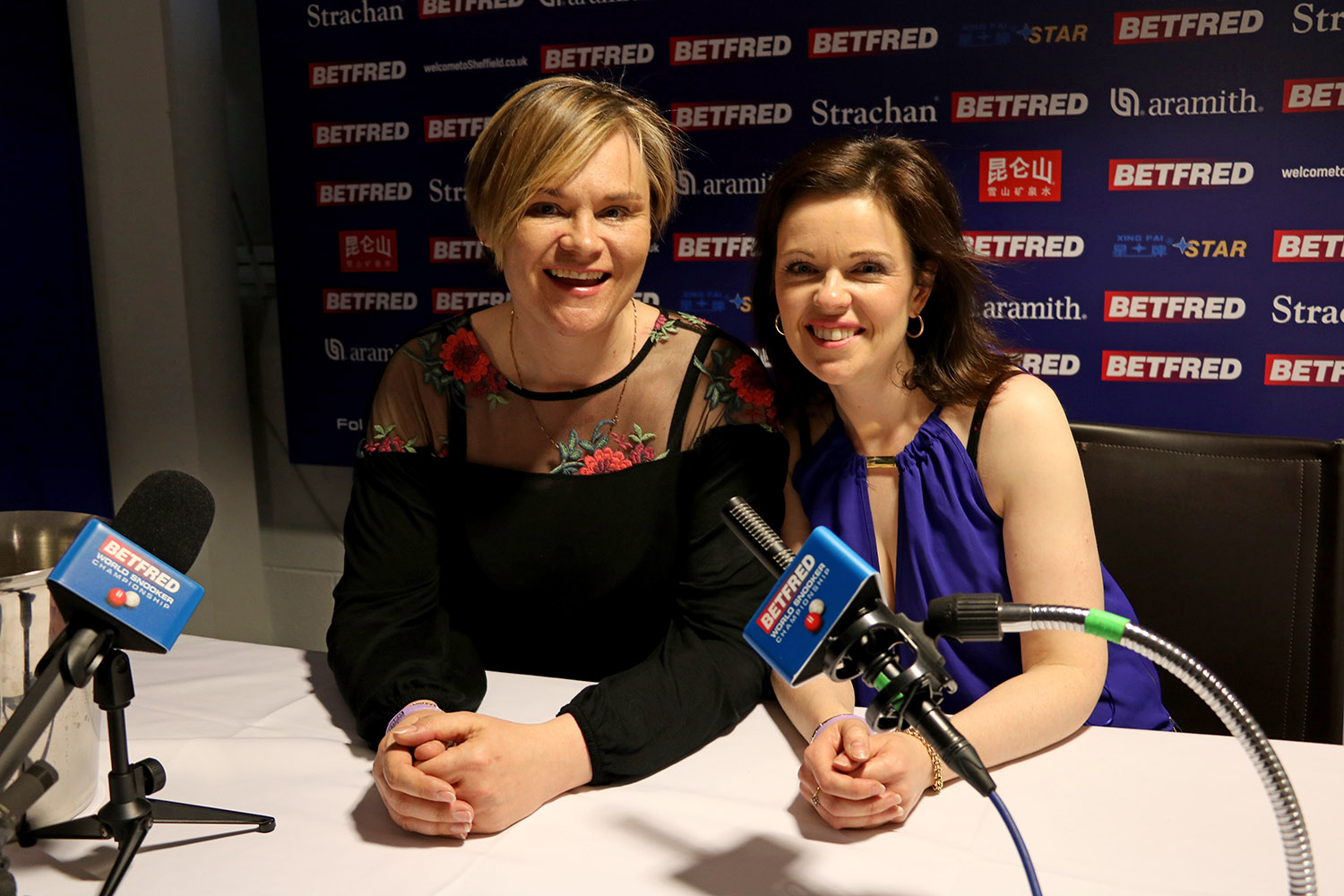 Although it has been 13 years since her last competition, Horsburgh continues to follow the action on the WWS Tour and has welcomed the decision by World Snooker Tour to recognise the women’s circuit as an official qualifying pathway to the professional game.

“What an incentive for young girls to take up the sport,” said Horsburgh. “Both Reanne and On Yee are great players and no matter what happens they have achieved so much in snooker. I have my fingers crossed they do well.

“After a lull after the loss of tobacco sponsorship during the mid-2000s I think the game is looking really exciting. Nutcharut Wongharuthai’s 147 was very inspiring. Young players are coming through which is essential for the sport and I love that so many players are competing from outside the UK and that there are more tournaments abroad.”

Learn more about the history of the World Women’s Snooker Tour. 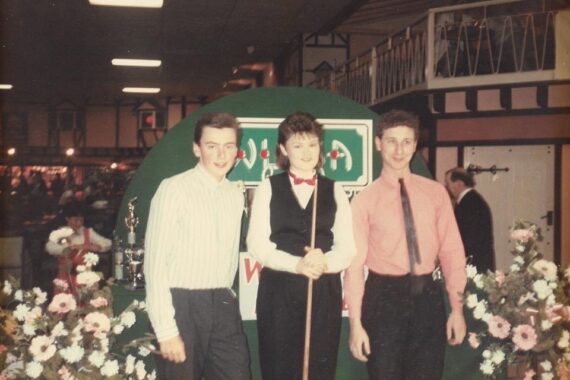 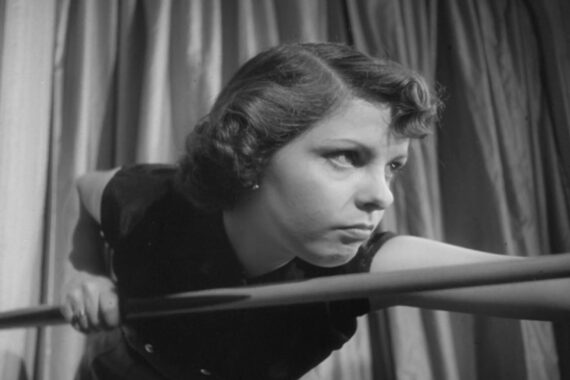 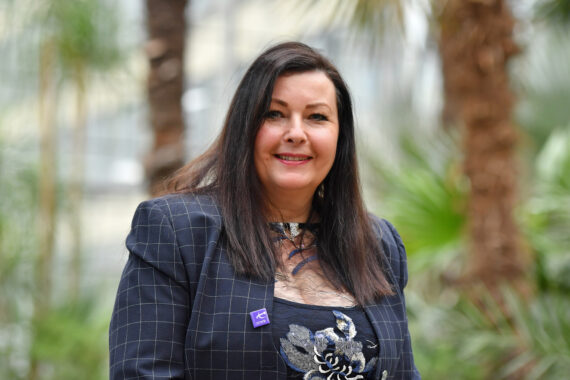