Reanne Evans was the big winner at the 2018 Festival of Women’s Snooker as she left undefeated to capture three of the five titles on offer at the Northern Snooker Centre in Leeds, England. 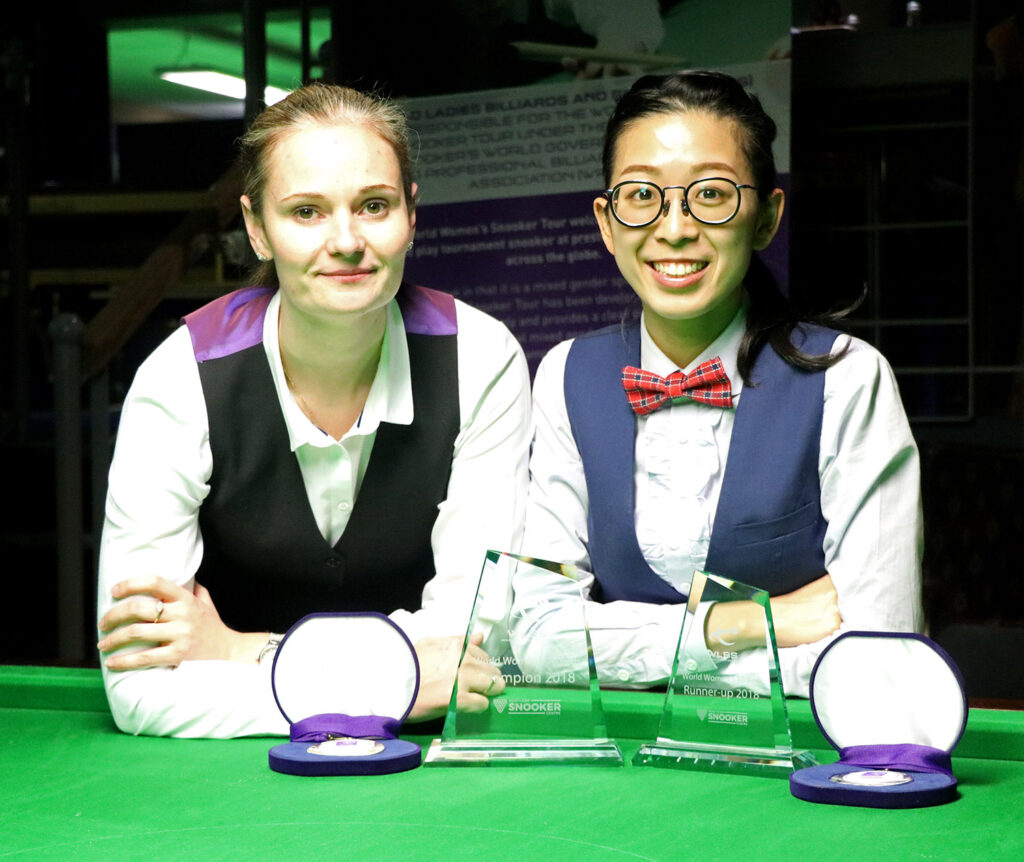 As the curtain fell on the 2017/18 World Women’s Snooker Tour season, it was the 11-time world champion who emerged victorious in the weekend 10-Red and 6-Red ranking events, before adding the Pairs Championship alongside Maria Catalano to bookend another successful season with her third title of the Festival.

There was a familiar opponent for Evans in the finals of both the World Women’s 10-Red and 6-Red Championship events as she faced Hong Kong’s Ng On Yee, who was looking to defend both titles after her victories at the events in 2017.

This time however it was Evans who having impressed throughout the weekend first recorded a 4-1 success to win the 10-Red event, before coming back from 3-1 down the following day to win 4-3 on the pink following a dramatic final in the 6-Red competition.

“I am happy to be back to winning ways,” said Evans. “Coming to the tournament straight from Sheffield [Evans lost 10-7 to Dominic Dale at the professional World Championship qualifiers the previous week] I was on a bit of a downer, but also a bit of a high having competed well. 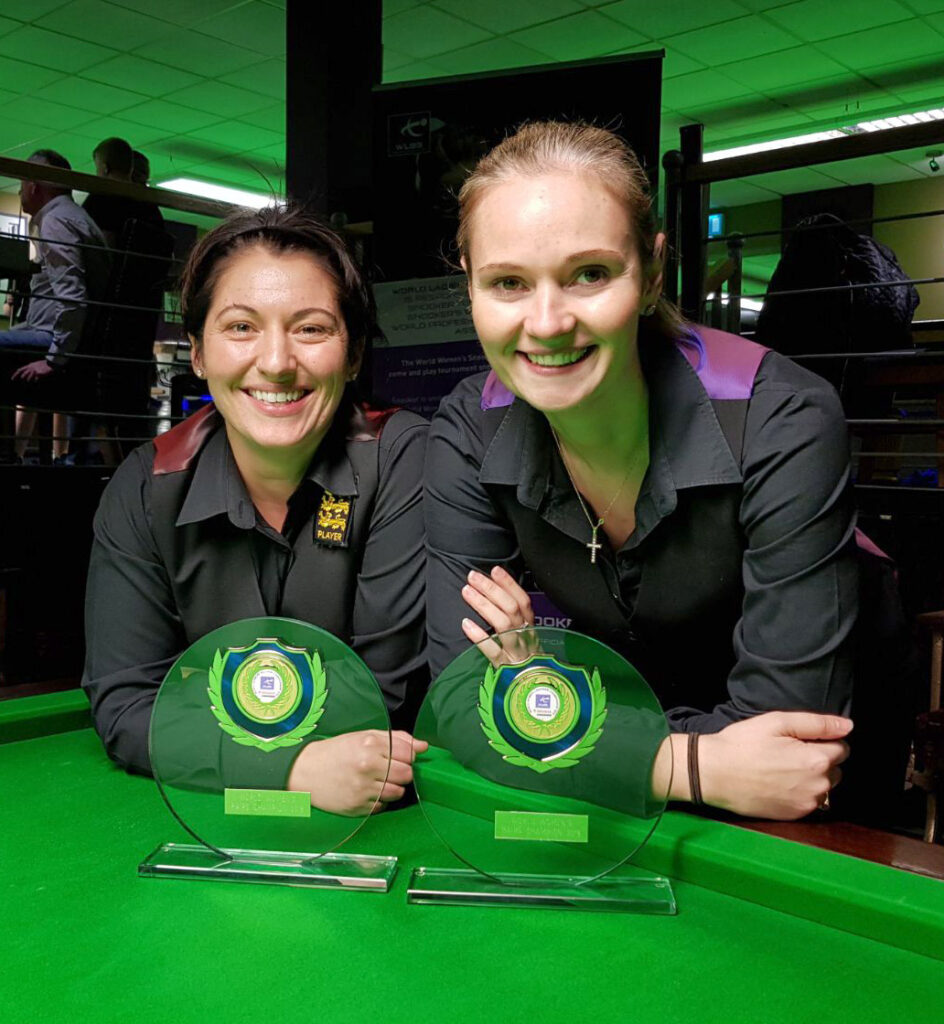 “I played really well in the 10-Red event, everything seemed to go in. Today I struggled a little bit, but I dug in there and I was happy to win in the end.”

Her success at the weekend has seen Evans finish with a tour-best four ranking titles following previous victories in at the Paul Hunter Women’s Classic and British Open events, but the 32-year-old is targeting further improvement ahead of Q School next month where she will be looking to secure a return to the professional circuit for the first time since the 2010/11 season.

“Looking back over the season there have definitely been positives, but I just want to play a little bit better. Obviously, everybody wants to win but lately I have been struggling a little bit, my form has been very patchy so hopefully I can get a little bit more consistent and I will be even more happy!” 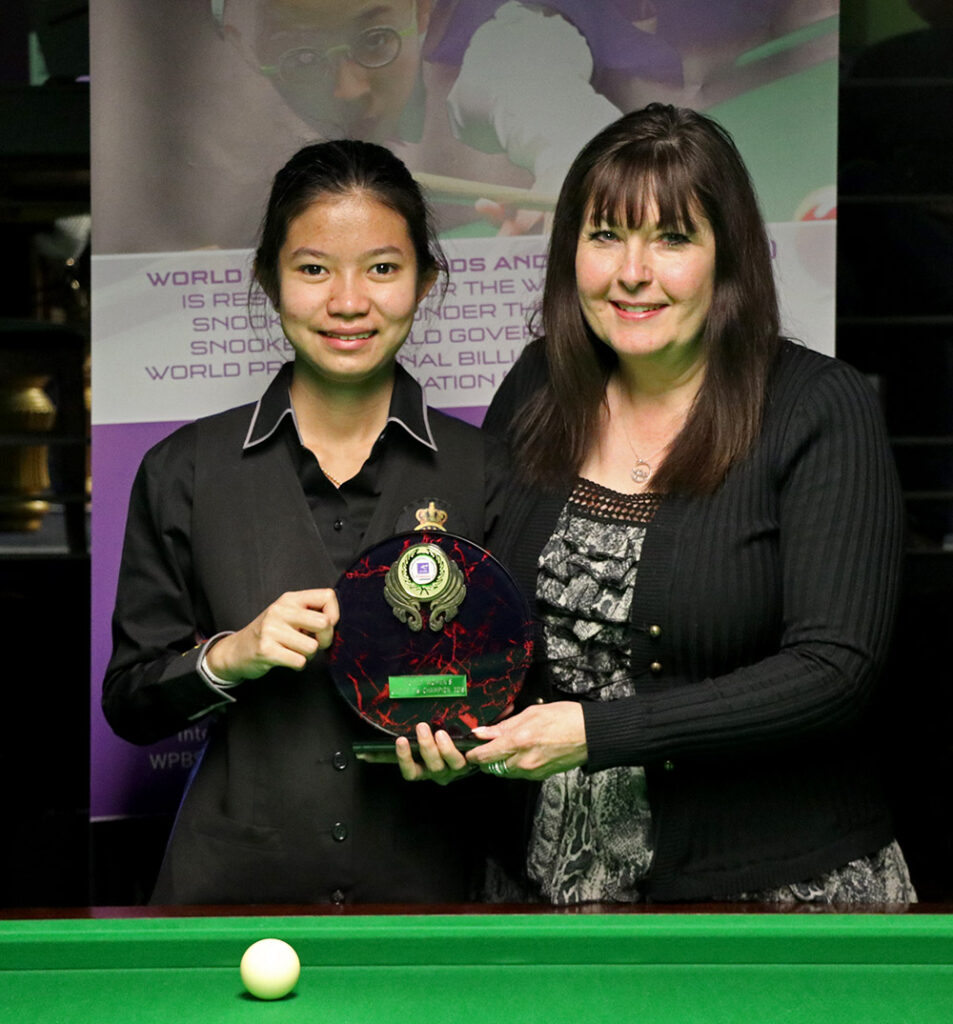 Together with friend and world number three Maria Catalano, Evans claimed her third title of the event on Monday as the Dudley duo defeated last year’s runners-up Laura Evans and Suzie Opacic 3-0 to claim the World Women’s Pairs Championship title.

It is Evans’ second victory in the event following her success alongside Jasmine Bolsover back in 2015 and Catalano’s first having previously been runner-up two years ago with Latvia’s Tatjana Vasiljeva.

The World Women’s Under-21 Championship was won for the first time by Thailand’s Nutcharut Wongharuthai after the 18-year-old ended the reign of 2017 champion Emma Parker with a 3-0 win in the final.

Wongharuthai, who is also known by her nickname ‘Mink’, recently reached the final of the British Open event in Stourbridge and dominated this weekend’s juniors event by taking the title without the loss of a single frame. 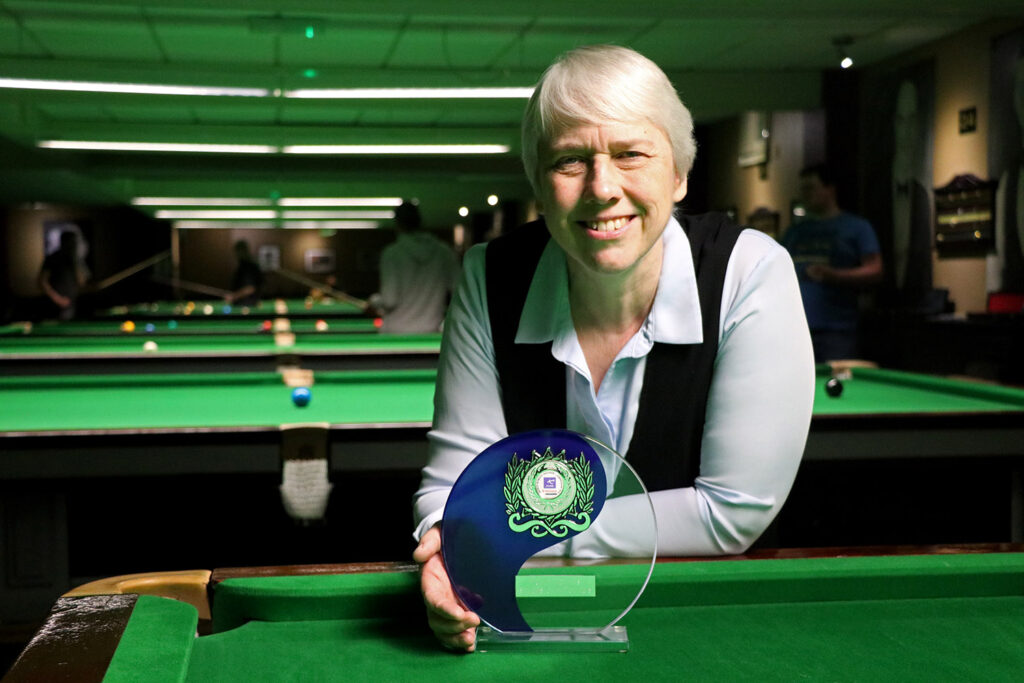 The victory is her first title at any level on the WLBS circuit and one that will add to her growing reputation as one to watch in the women’s game.

The World Women’s Seniors Championship was won by Jenny Poulter, who completed a clean sweep of Seniors events across the current season with a 3-0 victory against Jackie Ellis in the final.

Having topped her group with 2-1 wins against Germany’s Tanja Ender and Maureen Rowland, Poulter ran out a comfortable winner to add to her previous titles this season in Leeds, Gloucester and Stourbridge.

View full results from the singles competitions from the 2018 Festival HERE.

As the COVID-19 pandemic continues our top 8⃣ players on the World @WomensSnooker Tour have come together with the… https://t.co/L6v4NlzkIL
- Saturday Mar 28 - 12:42pm