The new event was held for the first time at The Trickshot club in Bruges and was the first event of the new year on the World Women’s Snooker Tour.

Having already enjoyed success in Belgium earlier this season at the European Women’s Masters staged in Neerpelt, Evans was one of the favourites from a strong field which included eight of the world’s top 10 ranked players at the outset.

The 11-time world champion made comfortable progress to the semi-finals with victories against local debutant Vanessa Vermeulen and then world number 7 Suzie Opacic without the loss of a frame.

Awaiting her in the last four was 12-time EBSA champion Wendy Jans, the Belgian star having successfully navigated the group stages with a 100% record and a top break of 60. Meeting for the first time in a WWS competition since the same stage of the 2014 World Women’s Championship, it was Evans who made a fast start with a tournament-high break of 86 to take the opening frame, before Jans won three in a row to move to within a frame of reaching the final on home soil.

Back however came Dudley’s Evans, who capitalised on a missed chance by Jans in frame five and would ultimately win the final three frames, the last with breaks of 49 and 46, to progress to the title match a 4-3 winner. 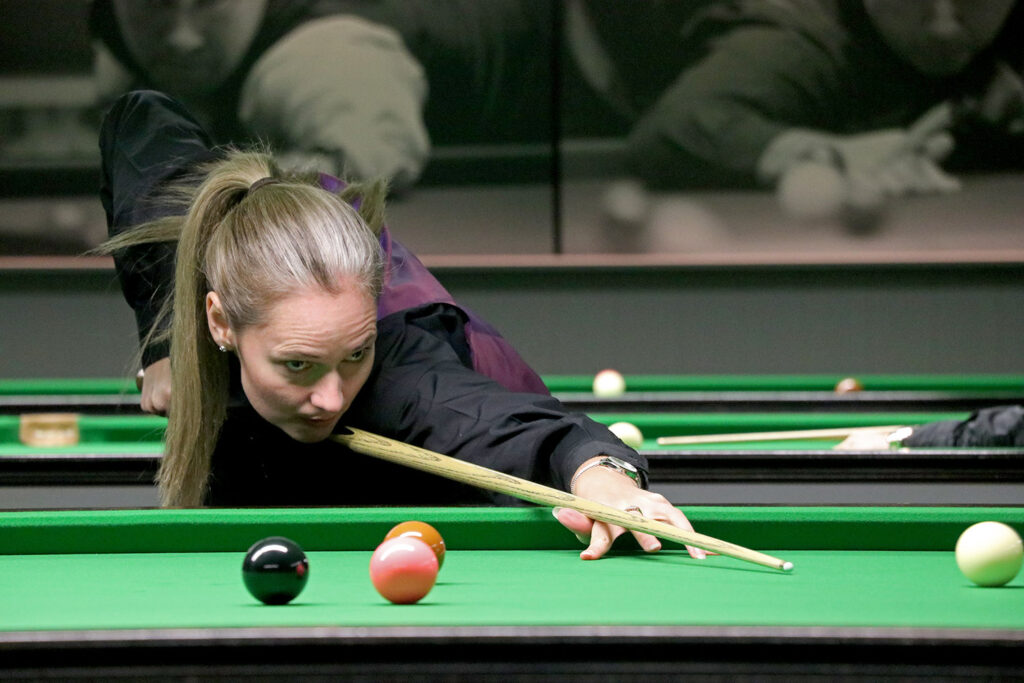 There she would face top seed Ng On Yee, the Hong Kong player having also made comfortable early progress through the knockout draw before surviving a deciding-frame encounter with rising Thai talent Nutcharut Wongharuthai.

In what was perhaps surprisingly the first encounter of the season between the world’s two highest ranked players, it was On Yee who took the opening frame as she looked to add the title to previous victories at the UK Women’s Championship and Australian Women’s Open earlier this season.

Evans however had other ideas and having levelled the encounter following a close second frame, would ultimately win four in a row with top breaks of 55 and 45 to seal a 4-1 victory.

“I didn’t play great [in the final] but I felt like I had done just enough to win,” said 33-year-old Evans. “I am feeling more comfortable on the table at the moment which is a good sign for upcoming tournaments. It looked like I was going to lose 4-1 to Wendy in the semi-finals but I took my chance to make it 3-2 and after that I think I played quite well to come back, so I was confident going into the final.

“I seem to like playing in Belgium [having already won in Neerpelt earlier this season]. I have been to Bruges before and was looking forward to going back to what is a beautiful place. The people at the club looking after us were great and made us feel welcome. Hopefully we get to go back there in the future.” 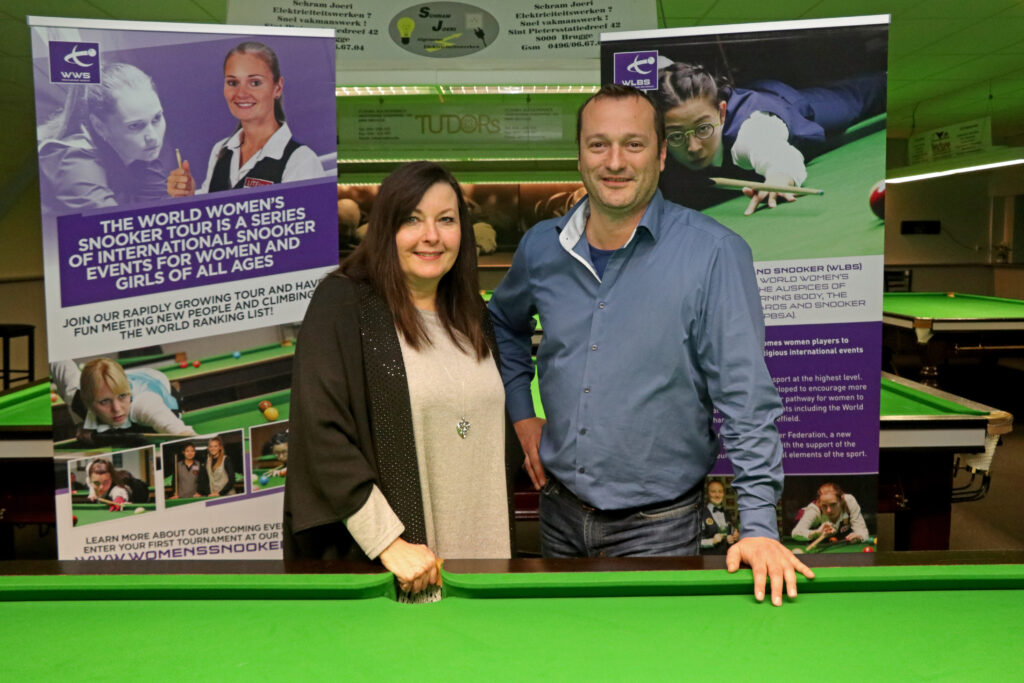 The win sees Evans complete a hat-trick of victories this season, adding to her European Women’s Masters and Eden Masters titles in 2018. The win also boosts Evans’ chances of reclaiming the world number one ranking over the coming months, with On Yee set to defend a significant amount of world ranking points this spring.

The event was the fifth ranking event of the 2018/19 season and welcomed a mix of newcomers from the local area, together with returning faces such as Caty Dehaene and Jane O’Neill, the latter competing in her first WWS tournament for 16 years.

WWS would like to express its gratitude to everyone at the Trickshot, in particular owner Olivier Vandenbohede and his team who welcomed the event with open arms and we hope to be able to return in 2020.

It was a weekend to remember for Wakefield’s Steph Daughtery after the 17-year-old claimed victory in both the Challenge Cup and Under-21 side-events in Bruges.

Having reached the last 16 of the main event, losing out to Suzie Opacic 3-1 following a close match, she proved to be the scourge of the Belgian players in the Challenge Cup draw as she defeated Milenka Vansteenkiste, Melissa Eens and finally Caty Dehaene without the loss of a frame to secure victory. The win was her second successive Challenge Cup title of the season after she also won the equivalent event at last November’s Women’s Masters. 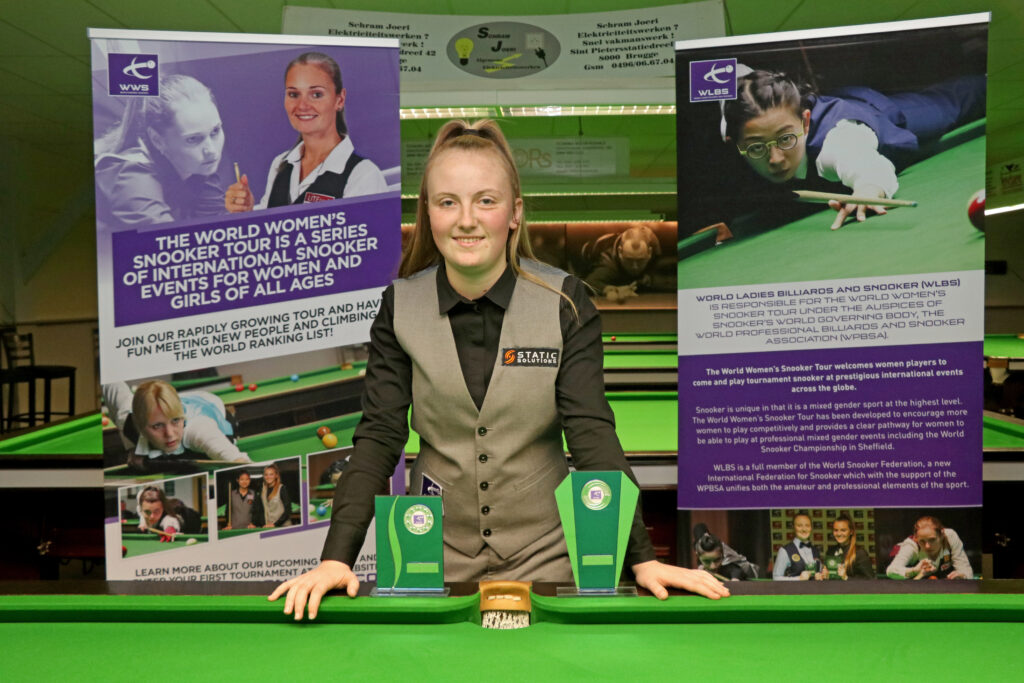 Perhaps Daughtery’s most impressive performance however was to come in the Under-21s competition as after defeating fellow English junior Zoe Killington in the last four, she then stunned world number 8 Nutcharut Wongharuthai in the final with a 2-0 victory to seal a title double.

The Seniors competition meanwhile saw Belgium’s Caty Dehaene claim her first WWS title following a 2-0 victory against Jane O’Neill of Spain. The veteran player, who last summer finished as runner-up to Wendy Jans at the European Women’s Championship in Bucharest, impressed with a high break of 46 during the weekend and is up into the world’s top 50 following this weekend.

The World Women’s Snooker Tour will return with the Festival of Women’s Snooker from 12-15 April 2019. The event will see five individual World Championship titles contested across the four days, including Under-21, Seniors, 6-Red, 10-Red and Women’s doubles competitions.

RT @SnookerGriff: We will all be working hard at HKSI 🇭🇰 to make sure @Onyee159 will be ready to enjoy the challenge again if the proposed…
- Wednesday Apr 8 - 10:59am