The first World Women’s Snooker Tour (WWS) event of 2023 is almost upon on us with the return of the Belgian Women’s Open in Bruges.

The first tournament to be held in mainland Europe since 2020 will see the action return to The Trickshot for a third time, following victories for Reanne Evans in 2019 and most recently Ng On Yee in the final event held prior to the onset of the coronavirus pandemic. 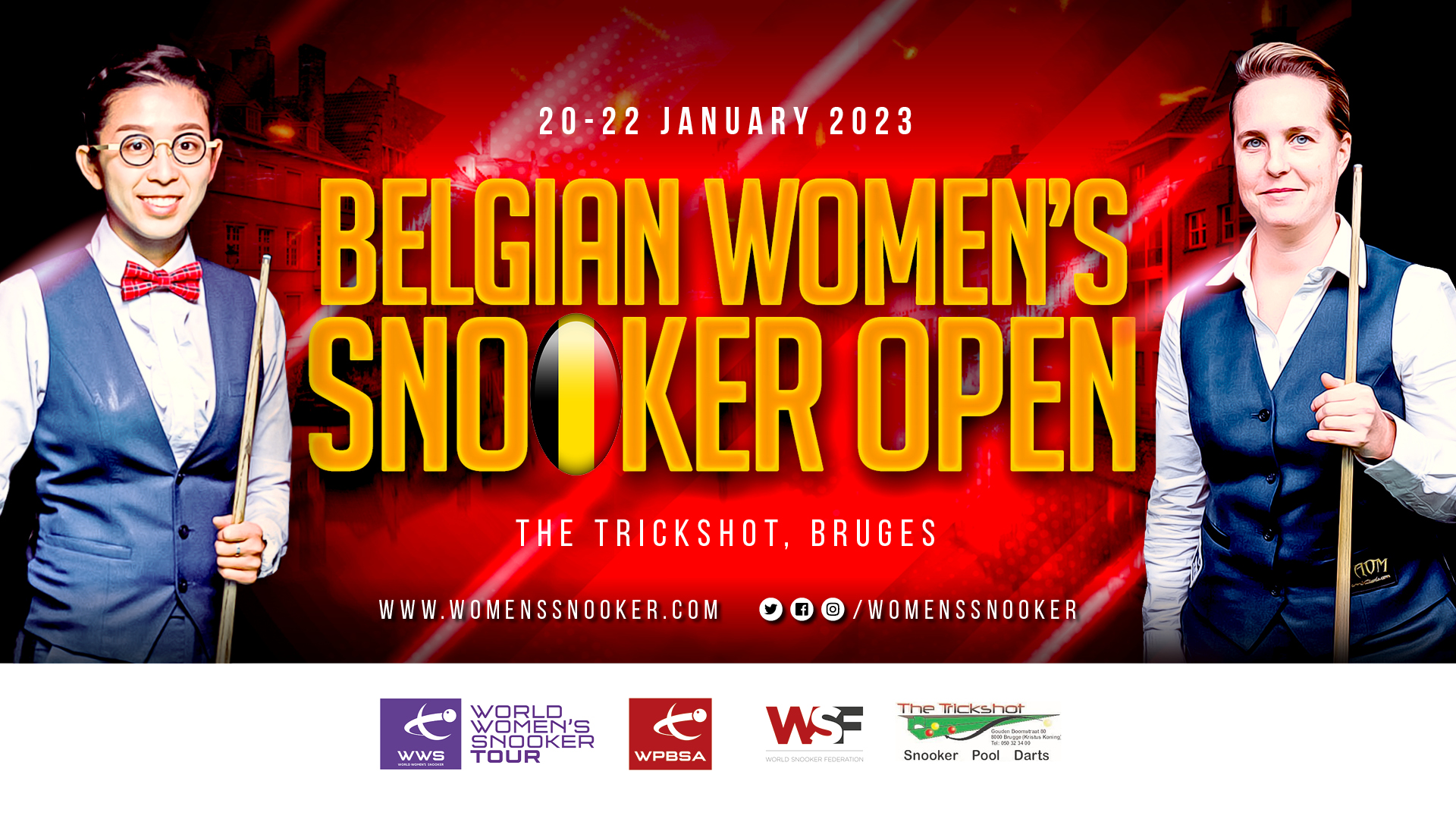 As in previous years, the event has been well supported with 38 entries across all competitions, including 35 from nine countries in the main draw.

The field includes nine of the top 10, as well as established players including three-time UK Championship winner Tessa Davidson, last season’s World Championship finalist Wendy Jans, rising star Jasmine Bolsover and Anja Vandenbussche, who returned to the Tour last year for the first time in 23 years and reached the quarter-finals at the World Championship.

Five players are set to make their debut in the competition, all from the host country Belgium. 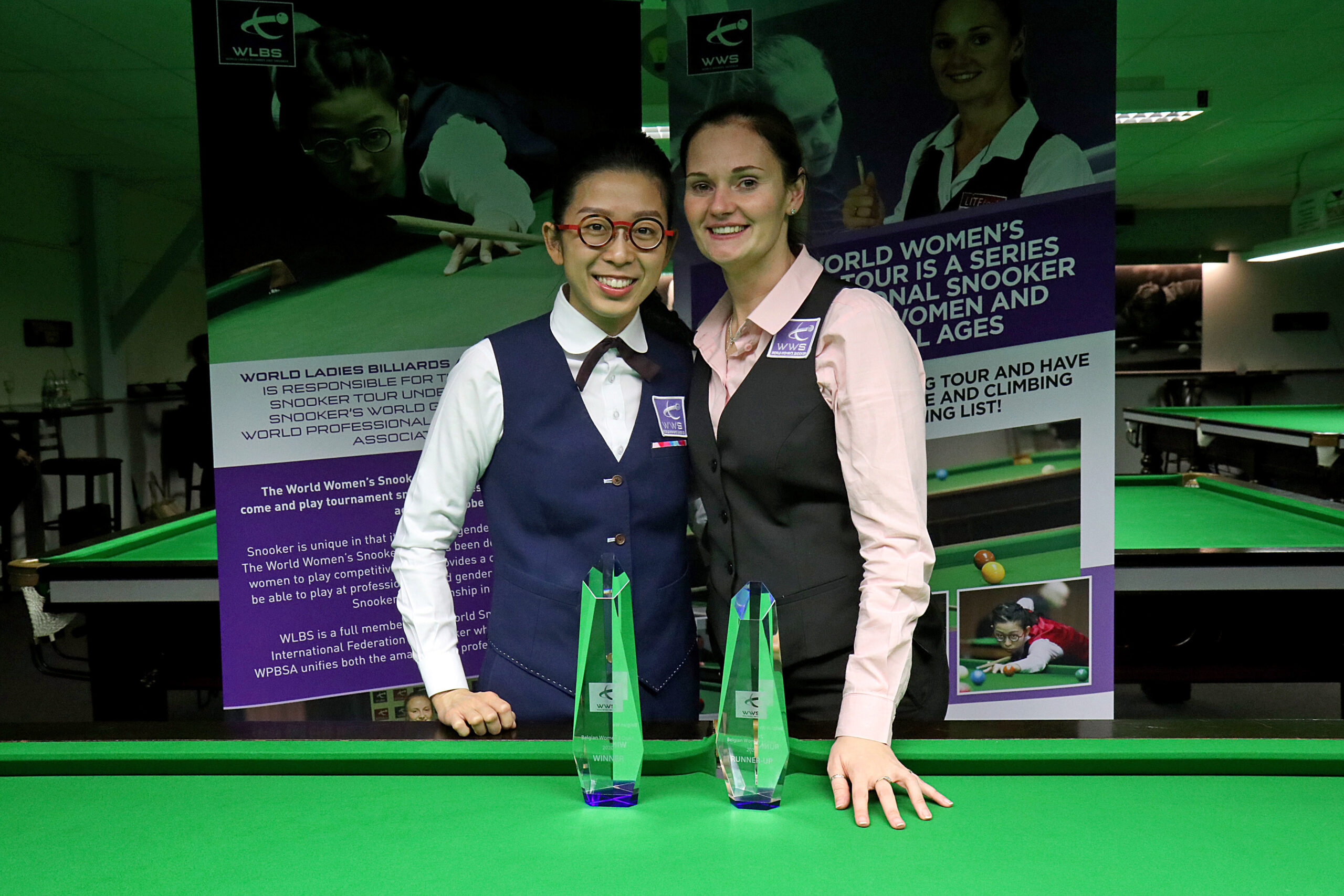 The world’s top three players have all been seeded through to the last 16 stage, which will be played on Saturday evening following the completion of the group stages and preliminary round matches.

These include top seed and defending champion Ng On Yee, alongside reigning world champion Mink Nutcharut – semi-finalist at the venue in 2020 – and world number one Reanne Evans, seeded second and third respectively. 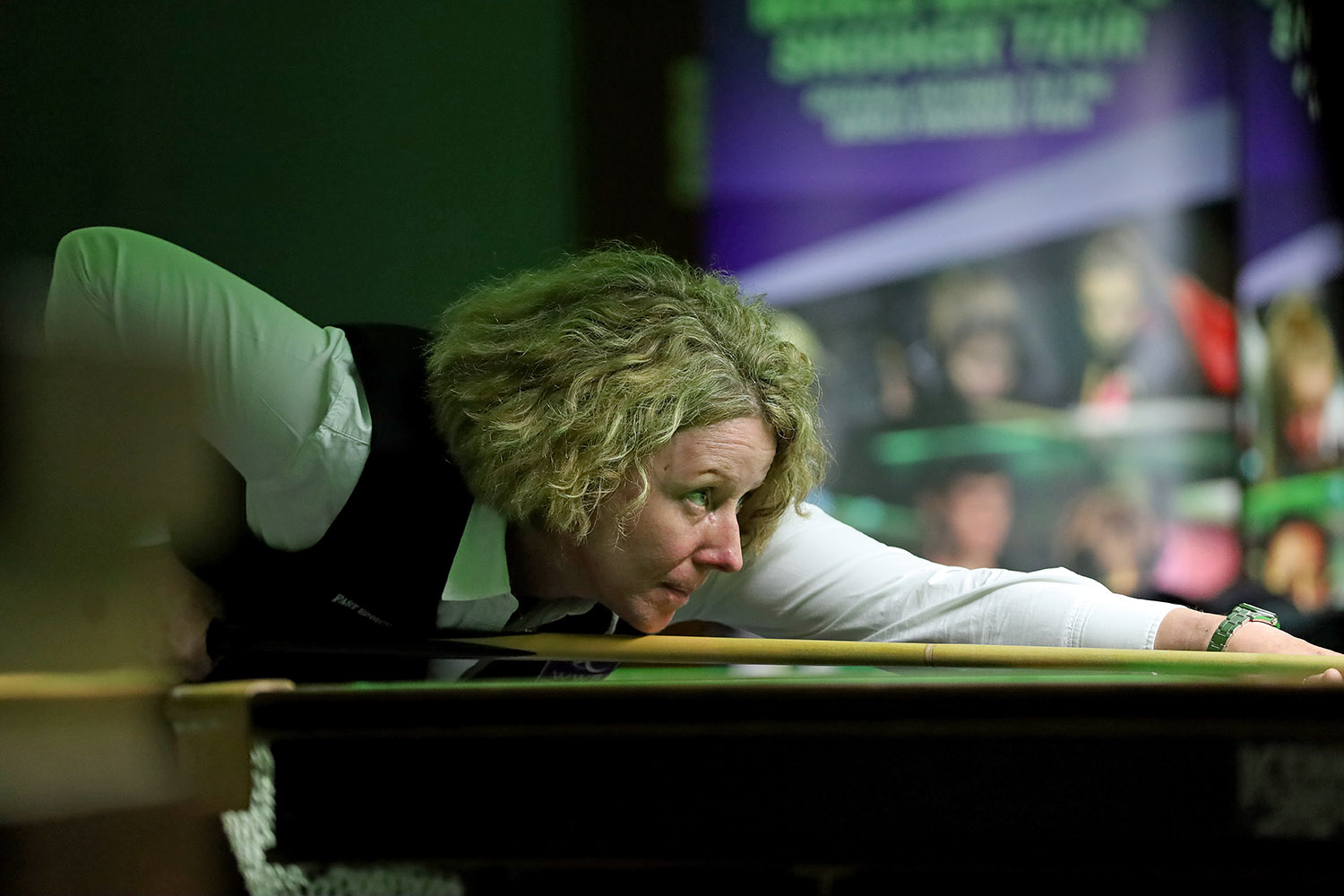 Tessa Davidson will be looking to continue her ascent up the world ranking list as she marks the first anniversary of her Tour comeback in January 2022.

A quarter-finalist at the last two ranking events, the 53-year-old has been handed a tricky draw with the ever-improving Jasmine Bolsover in her group, fresh from a quarter-final appearance of her own at the Eden Masters before Christmas.

The English pair are joined by Scotland’s Michelle Cohen, who made her Tour debut in Glasgow last October, as well as Elise Boon of Belgium, who will be appearing in her first world ranking tournament. 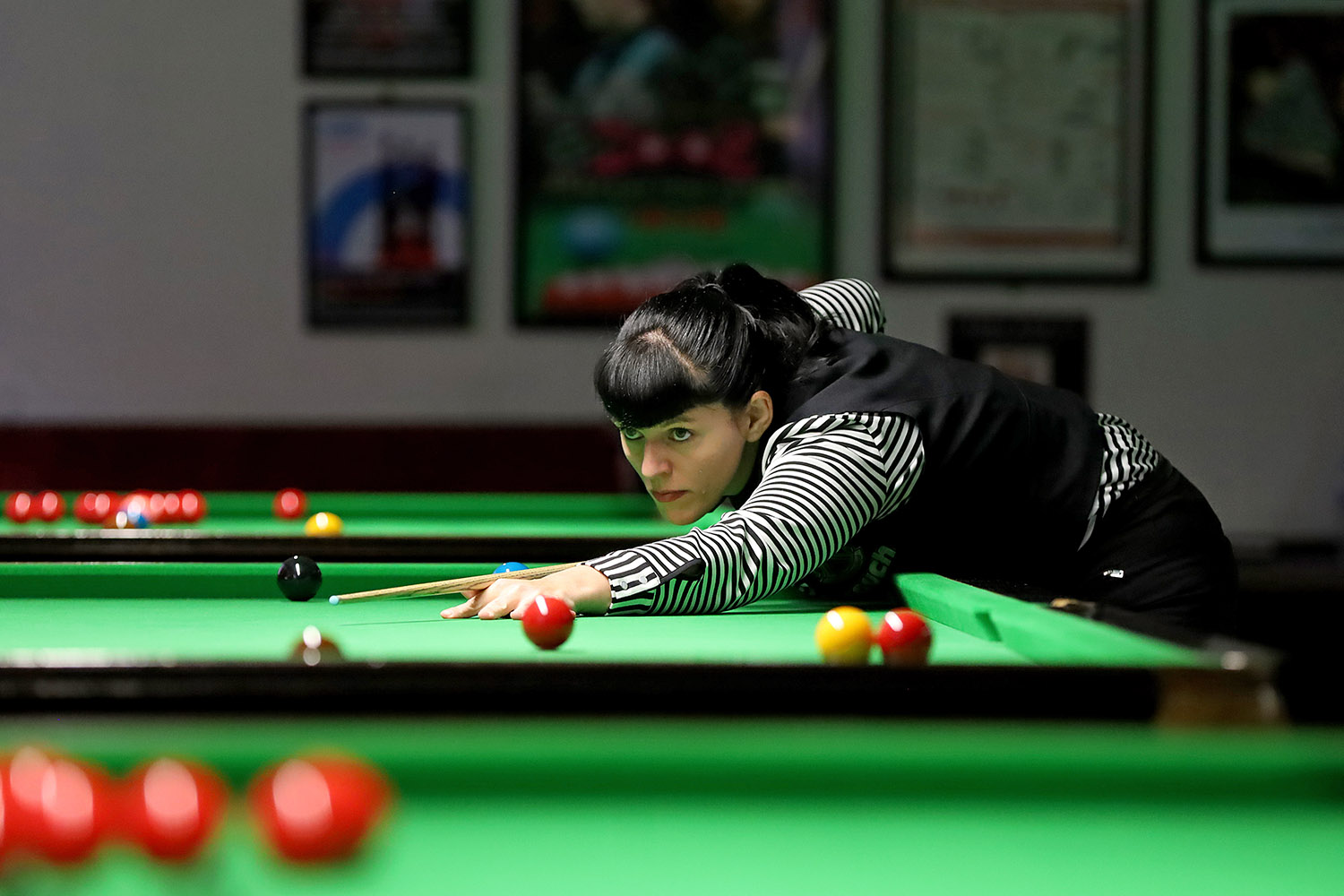 Ninth seeded Diana Schuler will head to Bruges hoping to improve upon her group stage exit in 2020, having previously reached the last 16 a year prior.

The German player is enjoying her most successful season on the WWS Tour of her career so far, having reached her first ranking event quarter-final at the US Open and claimed her maiden title in Scotland by winning the Seniors tournament. 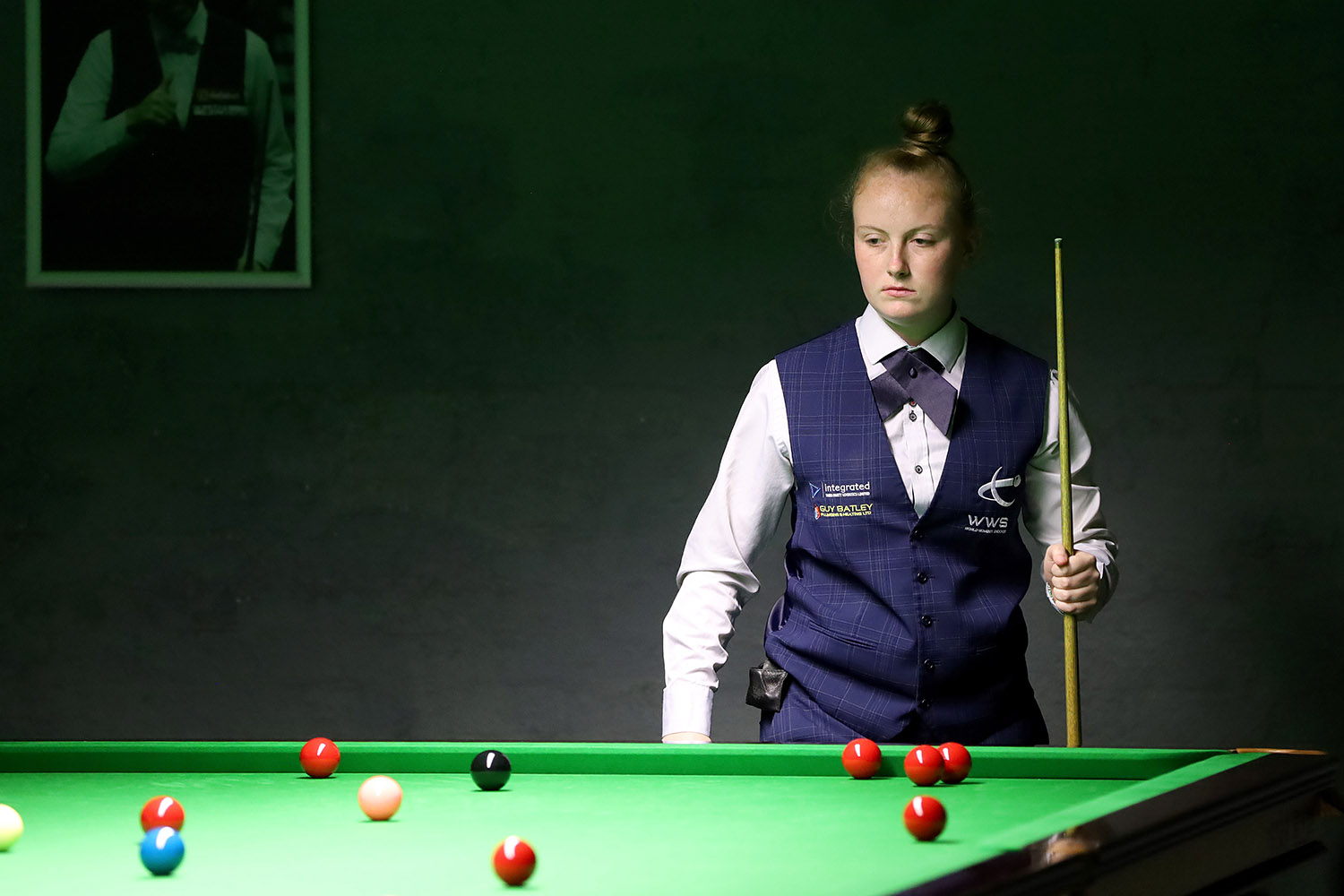 England’s Steph Daughtery enters the Belgian Women’s Open at a new career-high ranking of number seven and has fond memories of the venue having claimed Under-21 and Challenge Cup titles there in 2019.

Her group also includes compatriot Connie Stephens – who herself enjoyed a memorable win against home player Melissa Eens at the Trickshot in 2019.

The group is completed by Nikolya Broyak of Poland, who reached the last 16 of her debut event at the Eden Masters in November, as well as Louise Foster of Scotland, who will also compete in her second ranking tournament. 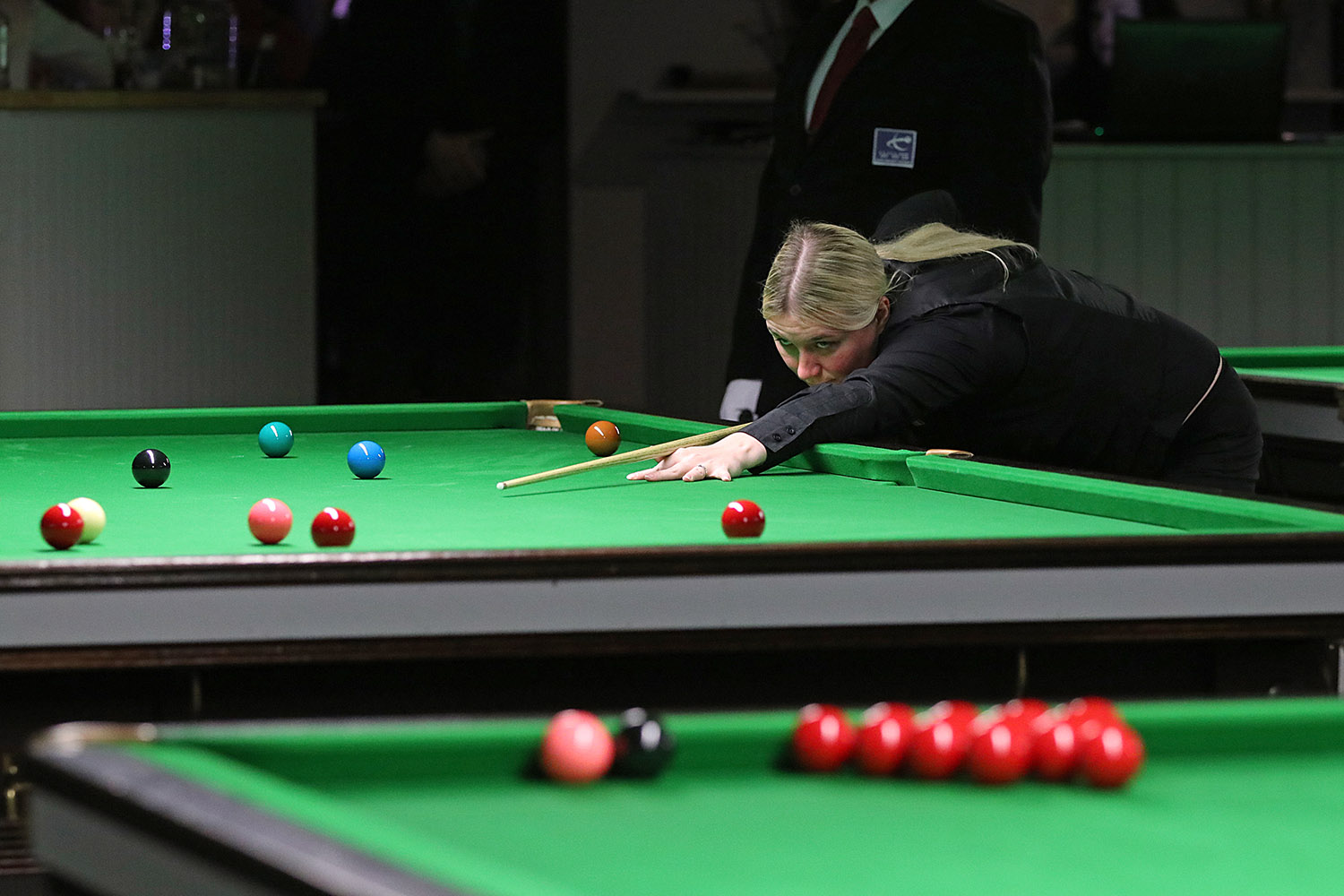 A two-time quarter-finalist at the Belgian Open, fourth seeded Rebecca Kenna will be hoping to improve upon her record this weekend in Bruges.

With one final and three semi-final runs during the campaign so far, Kenna will begin her tilt at the title with a match against Anja Vandenbussche, who impressed to reach the quarter-finals of the World Championship almost a year ago on her Tour return.

They group also features Kate Le Gallez of Guernsey, who has reached the knockout stages on both of her tour appearances so far this season, as well as Belgian debutant Cindy Her. 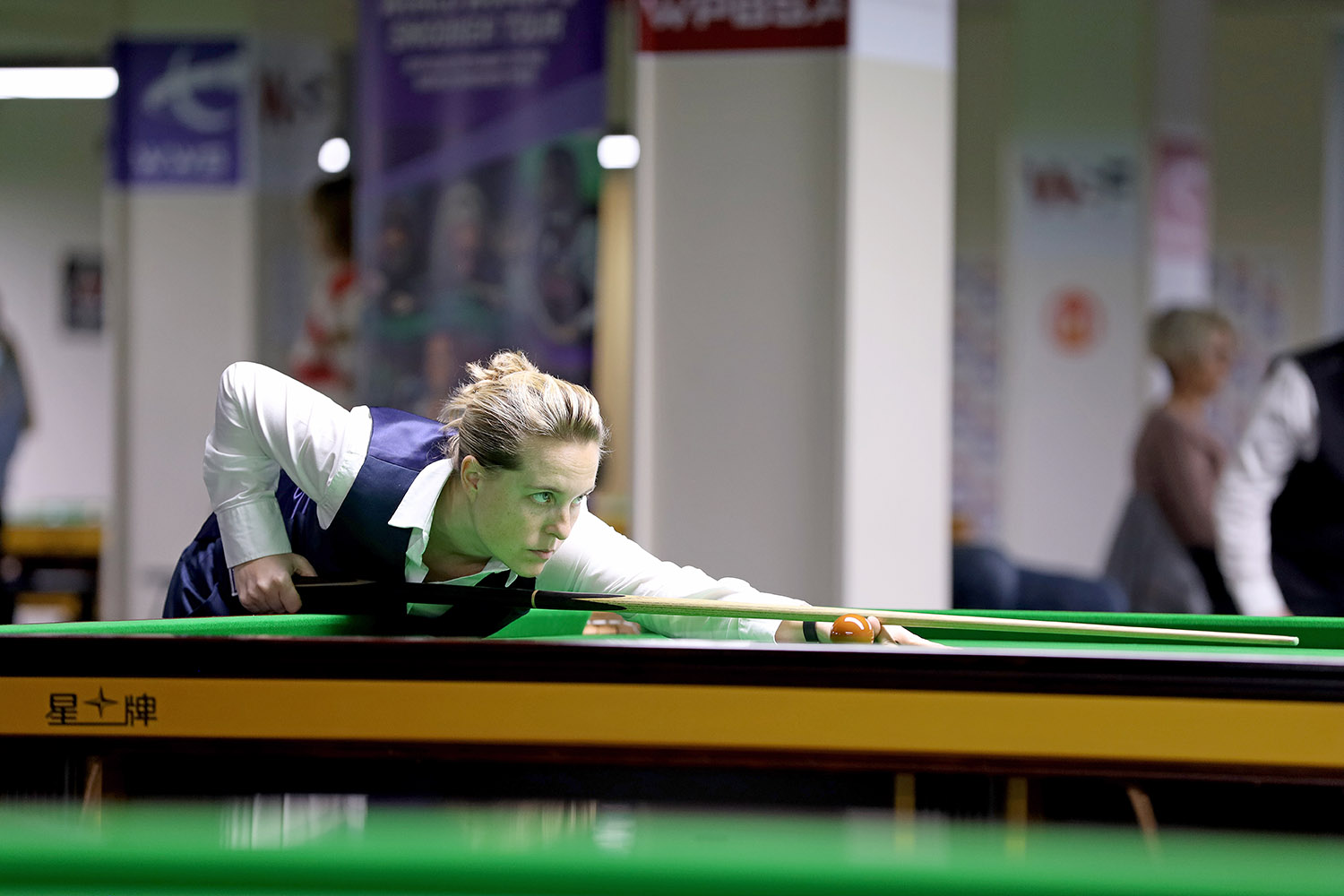 Belgian number one Wendy Jans returns to the World Women’s Snooker Tour for the first time since her dramatic black-ball defeat to Mink Nutcharut at last year’s World Championship and will be hoping to go on better on home soil.

The 14-time European Championship winner will face compatriots Inge Vermeulen and Monqiue Minnebo – both of whom are set to return to the circuit following previous appearances – as well as 14-year-old Laura Killington of England. 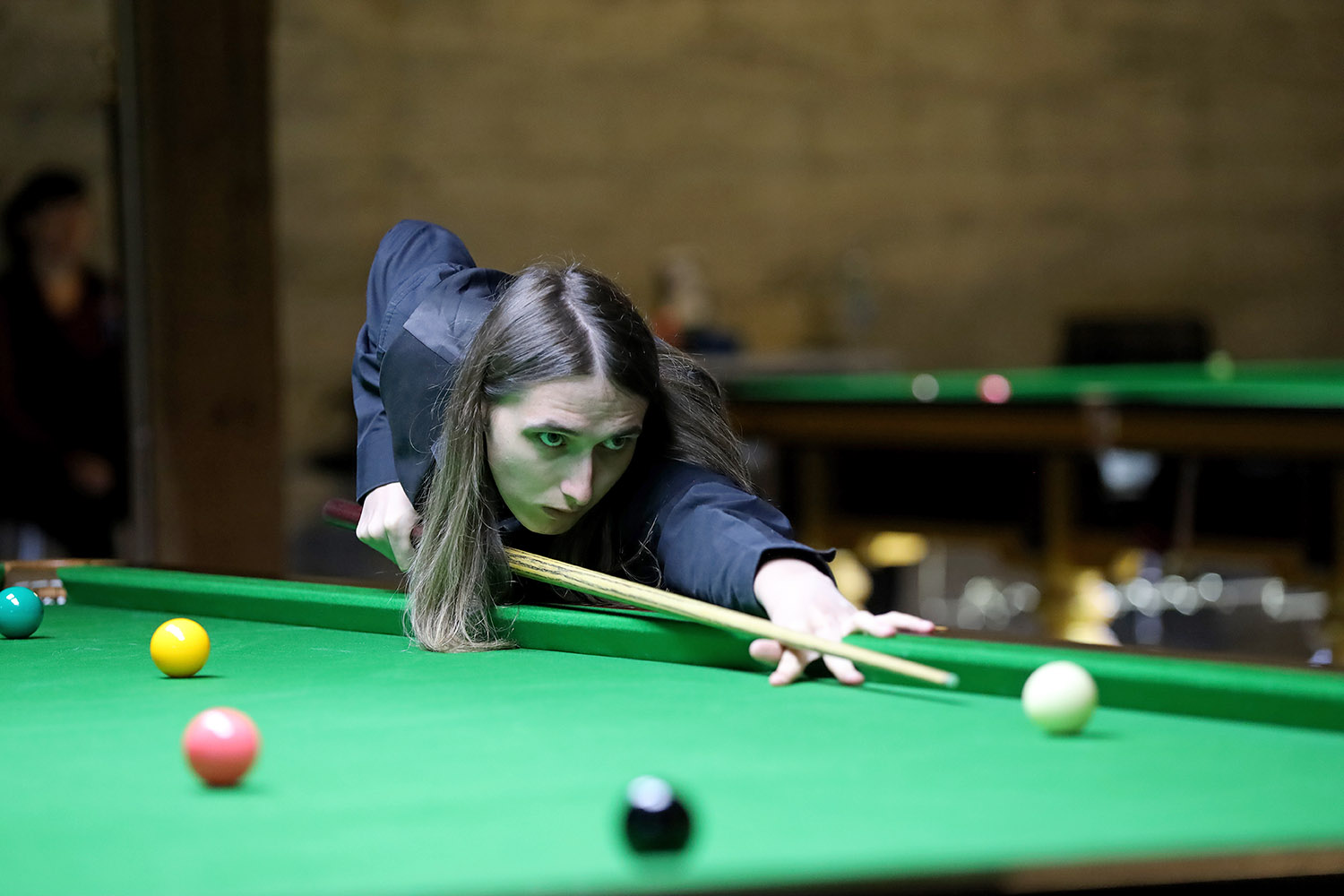 Two-time tournament winner Jamie Hunter travels to Belgium for the first time looking to rebound from an opening round exit at the Eden Masters as she aims to chase down the top four above her in the world rankings.

Like Jans in Group E, Hunter has been paired with two players from Belgium in the form of Elke Hoebeke and Vanessa Vermeulen, alongside Anna Lynch of Australia, set to compete in her first event of the season. 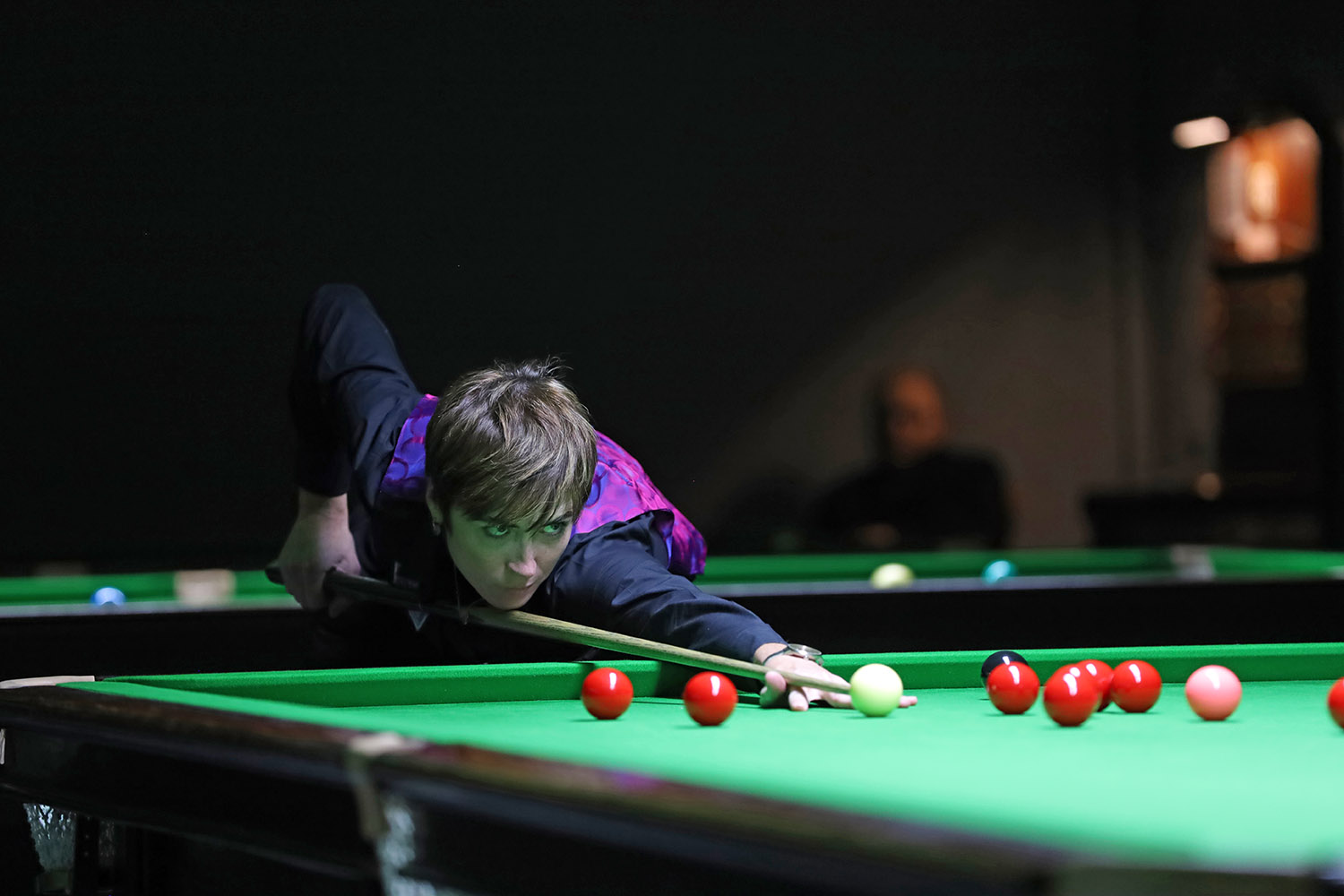 The penultimate group will be led by England’s Mary Talbot-Deegan, who is back up into the world’s top 10 and just one place behind her career-best spot of number 7 achieved over two decades ago.

The top seeded player in Group F will be joined by former Eden Masters quarter-finalist Chrissy Allwood, who is set to compete in her first event outside of the UK as she looks to break into the world’s top 32 for the first time.

Likewise Clare Gamble, who also makes her overseas debut, while the quartet will be completed by Emilie Demeester of Belgium. 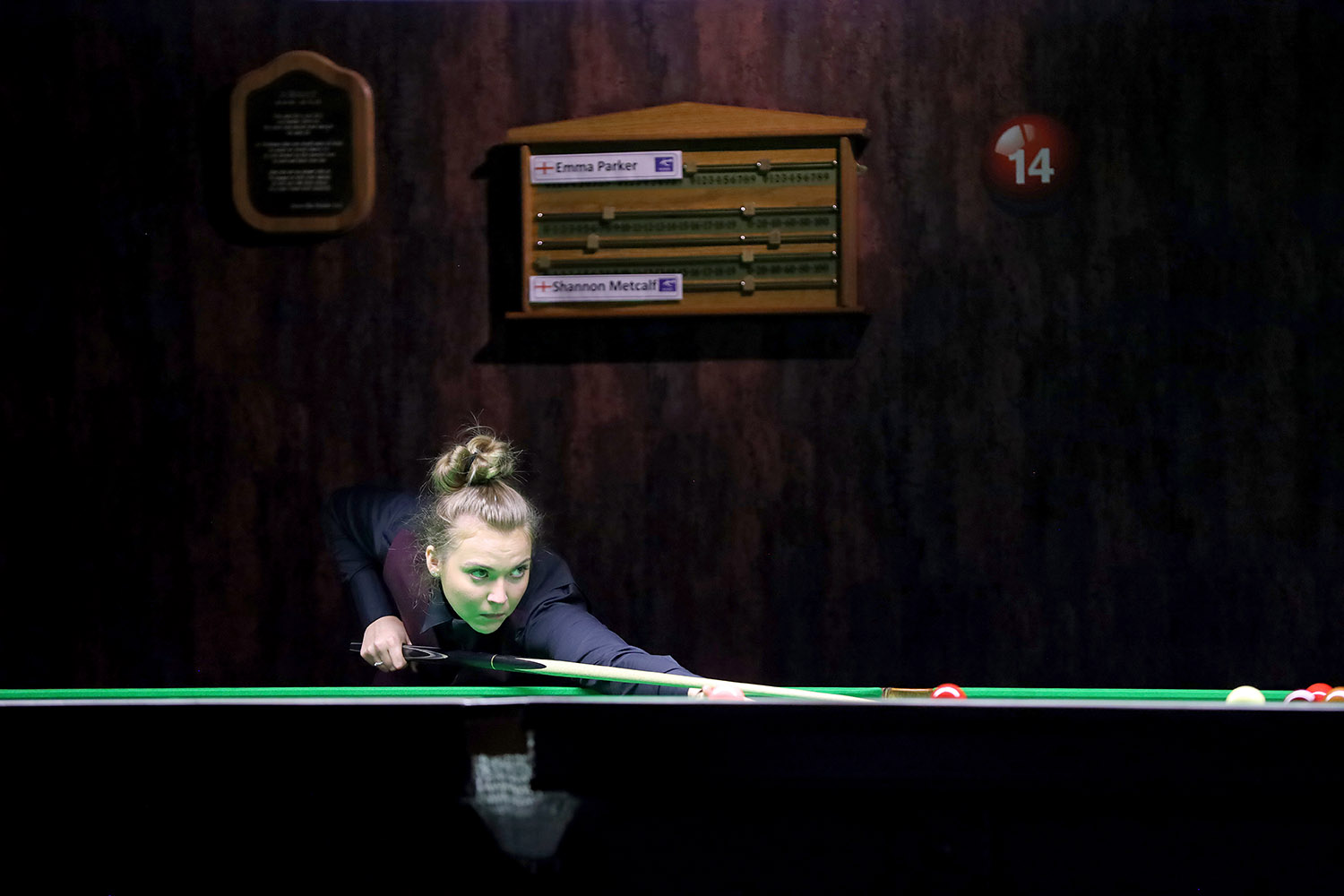 The final group is headlined by world number six Emma Parker who reached the semi-finals of the event back in 2020 and will be hoping for another strong performance three years on.

The group stage draw has pitted the 23-year-old with compatriots Zoe Killington and Emma Powers-Richardson, alongside the returning Belinda Focquaert, who reached the last 16 in 2020 and previously competed at the World Championship in 2003. 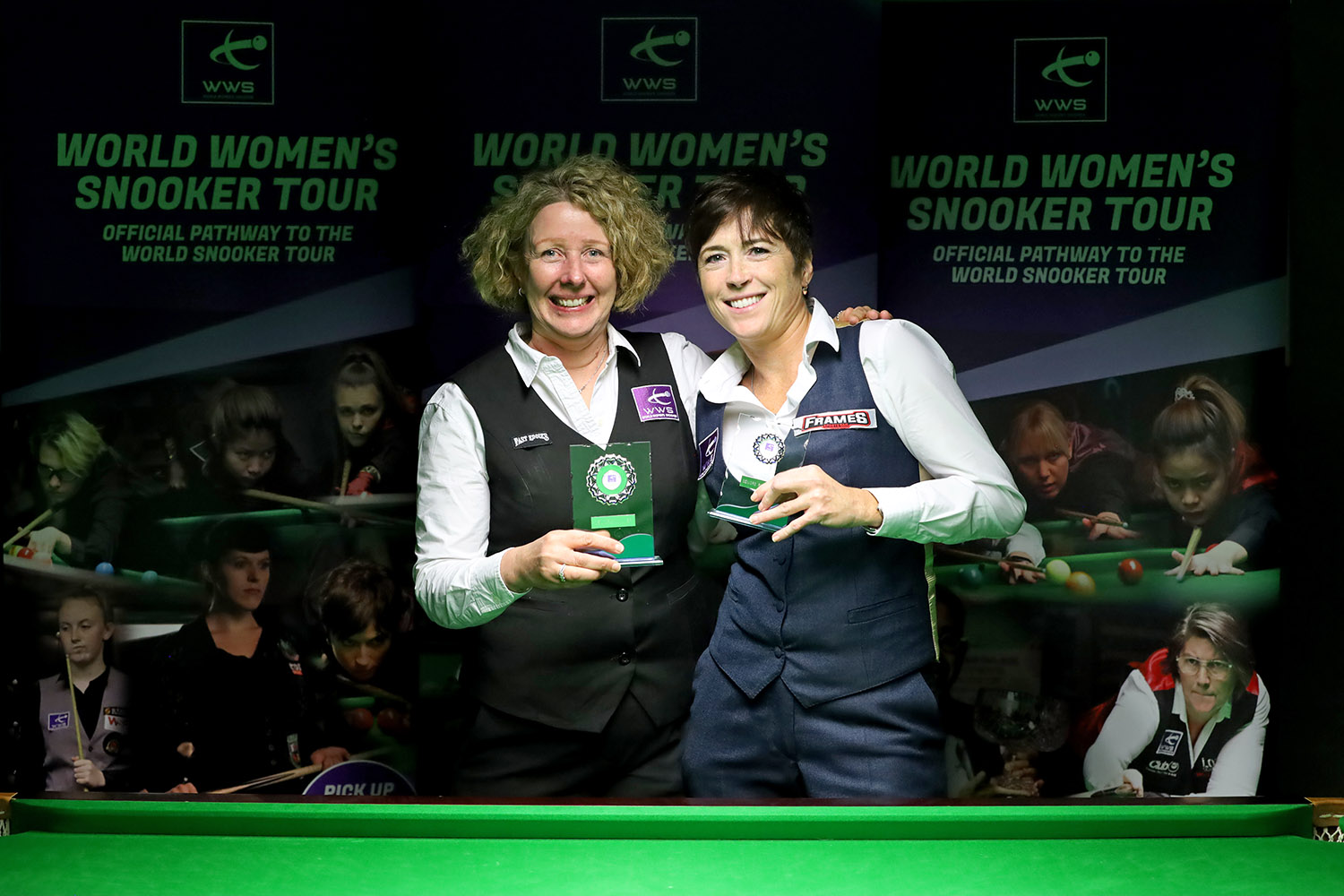 To be played during the opening day of the tournament, the Seniors competition is set to be particularly hard-fought with an impressive 15 players in the field to contest the title.

The winner of all bar one Seniors title in 2022, Tessa Davidson will be hoping to maintain her grip on the number one ranking in Bruges and could face Mary Talbot-Deegan in a repeat of the Eden Masters Seniors final in the title decider.

The action gets underway this Friday from 10:00am with the latest match results and standings available via WPBSA SnookerScores. 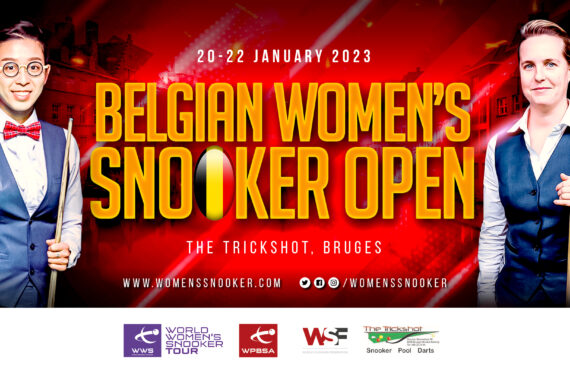 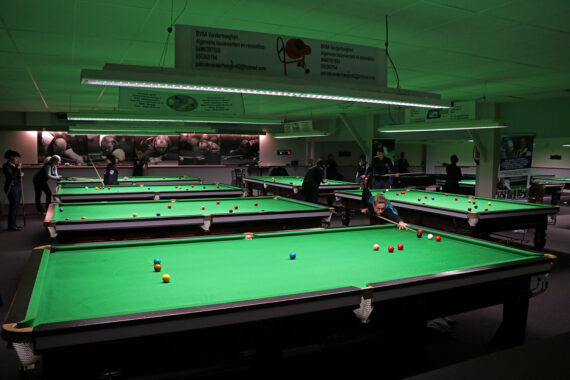 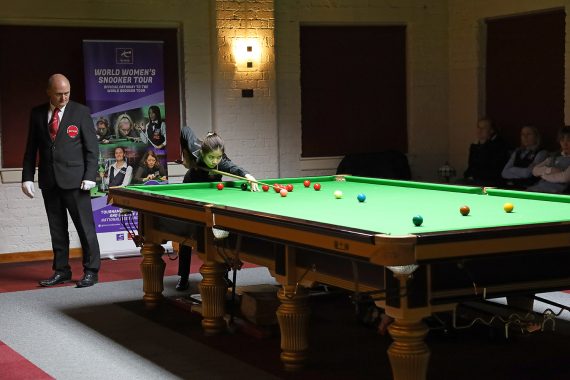